Interfacing Sail Modules for Use with “Space Tugs”

In the future, some key Space applications like (Active) Debris Removal and Space Resources (Mining) could benefit from the combined use of Spaceborne Sails and/with “Space Tugs”, with the latter being in-orbit infrastructures offering stored resources and/or available services for other missions. Rendez-vous between satellites and On-Orbit Servicing (OOS) will thus become classical operations requiring multiple and repeated docking or berthing connections with or without transfers of materials.
The work presented in this paper relates to recent and ongoing activities in Luxembourg aiming at preparing the Team for these future challenges: Spaceborne Sail (Modules) are being developed, and In-Orbit Attach Mechanisms are being investigated, prototyped, and tested (this in the context of Spaceborne Sails stored onto and operated from Space Tugs as OOS Adds-on for de-orbiting, inter-planetary propulsion, and/or transport of goods).
For comprehension, the Spaceborne Sails and Space Tugs systems have now been introduced.

Since their inception back in 1921 by Constantin Tsiolkovski, spaceborne sails have been conceived of as large, deployable, lightweight, flat, and highly reflective membranes supporting photonic propulsion. The main historical projects of such “solar” sails were (a) the NASA developments for a rendezvous with the Halley’s Comet in the 70s and (b) the international efforts for the Marco Polo race to the Moon supposed to start in 1992 [1]. Eventually, the first successful deployment and operation of a Solar Sail (SRS) in Space happened in 2010 with the Japanese IKAROS project [2].
It is interesting to recall here that photonic propulsion (thanks to solar sails) has been identified as one of the most powerful, elegant, and versatile ways of travelling in Space. Solar sails can indeed navigate towards or outwards from the Sun and/or keep a stationary position in Space. In particular, for this research/paper on Spaceborne Sails combined with Space Tugs, the concept of solar-sail-based Stopover Cyclers for cargo transportation missions needs to be highlighted, along with Figure 1 [3]:
If spaceborne sails originated thus from missions requiring photonic propulsion, they have (recently) evolved towards other applications:
Although several configurations exist, spaceborne sails have often been conceived of as square flat systems made of four sail segments deployed by booms from a box-shaped “Sail Module”, shown open on Figure 2a. Two important parameters of (square) sails are the sidelength “S” and the “Sail Assembly Loading”, which is defined as the ratio of the complete sail module mass (i.e., for sail film + all sail elements, booms, structures, and mechanisms) to the deployed sail area.
The linear behavior shown on Figure 2b of the Sail Module mass with the Sail Sidelength is given by the following best fit equations, depending on the chosen boom technology:
“Large, Heavy” Sail Module mass [kg] = 1.42 × (Sail Sidelength [m]) + 3.72
“Small, Light” Sail Module mass [kg] = 0.35 × (Sail Sidelength [m]) + 0.39
Equation (1) can be used indicatively for Sail Sidelengths over [1.4; 21.2] meters, while Equation (2) can be used indicatively for Sail Sidelengths over [0.7; 9.0] meters. These equations allow thus to estimate the Sail Assembly Loading of current sail modules. Table 1 here below indicate current and future expectations in terms of this key technical parameter, as enabler for sail-based missions:

The name “Space Tug” originates back from 1949/1953 [7]. Under this generic concept, a reference is (still) made to modular infrastructures established/assembled in “parking” orbits and offering resources for On-Orbit Servicing (OOS) to other missions and/or satellites [8].
NASA investigated the Space Tug concept thoroughly in the 70s [9]. At that time, it was intended to be a reusable multipurpose space vehicle designed to transport payloads to different orbital inclinations. Utilizing mission-specific combinations of its three primary modules (crew, propulsion, and cargo) and a variety of supplementary kits, the Space Tug would have been capable of numerous space applications:
As seen on the next Figure 3a, the typical (modular) resources stored and transferred to/from Space Tugs were, and are again, proposed to be [8,9]:
In the present research project, it is proposed to consider the implementation of Spaceborne Sail Modules on Space Tugs to support missions like:
These different Sail Module applications with Space Tugs will in any case require rendez-vous and docking/berthing operations and hence specific interfaces, and to start: In-Orbit Attach Mechanism(s).

The focus of the research is In-Orbit Attach Mechanisms for (Drag) Sails Modules to be operated from Space Tugs; the project was started by identifying the possible “Actors” involved, their operations, and their interfaces. These are depicted in the following Figure 4:

Having understood the main operations and interfaces between involved actors, the project initiated the design of In-Orbit Attach Mechanisms for (Drag) Sail Modules. After a survey of the main docking/berthing systems ever produced for Space applications (e.g., Apollo DS [10], SSVP [11], APAS/APAS-95 [12,13], IDSS [14], MCDS [15], UDP [16], ASSIST [17], OECS [18], and ASDS [19]), three mechanisms consisting of two identical androgyne (for ease of printability) parts were derived for this project:

2.3. Test Cases for the Automated Test at FANUC Luxembourg

As part of the In-Orbit Attach Mechanisms development, a verification plan has been prepared including a first automated (i.e., robotized) test of the connection/matching between the two parts of the 3rd (Plastic-printed) Mechanism. The verification plan intends to replicate the same automated test on the other two (metal-printed) mechanisms as soon as they are produced and made available for such test.
Considering a fixed “Passive” part and the other mobile “Active” part approaching at 3 cm/s similarly to the Soyuz when close (<10 m) to the International Space Station (ISS) [21], four test cases have been identified (see Figure 6):
For the Non-nominal cases (1, 2, and 3) investigating angular misalignments, the values of the misalignments (respectively α, β, and γ) have been identified with two criteria: (1) as angular limit enabling the geometrical matching between parts, and (2) as angular limit imposed by the test facility.

2.4. Facility Used for the Automated Test at FANUC Luxembourg

The facility kindly made available by FANUC Luxembourg for the automated test on the 3rd Mechanism was a slightly upgraded version of the FANUC Educational Package [22]. This compact “all-in-one” robotic facility, shown here after in Figure 7a, has been specifically designed for educational, hands-on training in schools and universities. Upgraded with FANUC’s auto-calibrating Force Sensor, the robotic facility used for the tests consisted in:
The FANUC’s auto-calibrating force sensor FS-15iA has different features to achieve better performances. To test the 3rd Mechanism, three of them have been used, according to the test case:
The few pictures shown on Figure 8 depict the final and complete test configuration used for all test cases:

The following sections present the impact forces and torques resulting from the automated tests (all conducted with constant approach velocity of 3 cm/s, starting from the same height above the interface plane) for the four test cases. Where noticeable, some interpretations, as well as the experimental conclusions that can be drawn, are given.

The Nominal case deals with an ideal approach along the docking axis Z. The forces and torques experienced at impact for this case are presented in the next Figure 9:
The impact (step) force along Z axis is noticeable around 0.5 s; the level is kept almost constant after contact by the “constant push” feature of the Force Sensor. The smaller forces and torques along the X and Y axis after contact have been attributed to possible misalignments, loss of fixations and geometrical features of the 3D printed parts. However, such “real” effects will need to be considered for future design activities at mechanism and at system levels (especially for what relates to relative attitude control during docking).

The Non-nominal case 1 deals with a misalignment of an angle α in the plane perpendicular to the docking axis Z. The forces and torques experienced at impact for this case are presented in the next Figure 10:
A clear and unique impact (force) along the Z axis is not noticeable around 0.5 s. Instead, oscillatory behaviors are observed and attributed to the control laws implemented by the “phase search” feature of the Force Sensor.

The Non-nominal case 2 deals with a misalignment of an angle β out of the plane perpendicular to the docking axis Z (the Active part impacts the Passive part along edges/borders). The forces and torques experienced at impact for this case are presented in the next Figure 11:
A clear and first impact (force) along Z is noticeable around 0.5 s; a second and reduced impact (force) along Z is also noticeable about 1 s later. This second impact results from the “face match” feature of the Force Sensor that rotates the Active part to ensure the final perfect contact between the parts.

The Non-nominal case 3 deals with a misalignment of a conic angle γ out of the plane of the docking axis Z (the Active part impacts the Passive part on vertices/corners). The forces and torques experienced at impact for this case are presented in the next Figure 12:
A clear and first impact (force) along Z is noticeable around 0.5 s; two other reduced impacts (forces) along Z are also noticeable subsequently. These smaller impacts result again from the “face match” feature of the Force Sensor that rotates the Active part to ensure the final perfect contact between the parts. The level of the first impact is similar to the one observed in the Nominal case and Non-nominal 2 case; however, it applies here instantly to the corners (i.e., points) and not to distributed areas (like faces or edges/borders).

A TRL 4 has been reached thanks to the automated test on the 3D (Plastic) printed prototype of the 3rd In-Orbit Attach Mechanism designed for (Drag) Sail Modules to be operated from Space Tugs. The lessons learned and the technical results obtained will be re-injected in subsequent design activities.
An important observation was made with the Non-nominal case 3 in which contact impact occurred at/by vertices/corners; from there, awareness was raised with respect to non-nominal first point contacts injecting all the kinetic energy in a single, reduced area. In a case of important misalignment, such a failure mode could indeed destroy mission-critical equipment necessary for a safe docking.
Although not identified yet, the Team will now consider any future opportunities to repeat the performed automated test on the prototypes of the 1st and 2nd In-Orbit Attach Mechanisms that should be 3D (Metal) printed during the year 2018.

In this project, hence for this research article, the various authors made the following individual contributions: Florio Dalla Vedova defined and coordinated the complete research programme and wrote the paper, Pierre Morin initiated the investigations of the In-Orbit Attach Mechanisms and designed the first two concepts, Thibault Roux investigated on combined use of star tracker and docking camera for use with Space Tugs, Roberta Brombin pursued the investigations of the In-Orbit Attach Mechanisms and designed/produced/tested the third concept, Alberto Piccinini conducted the automated tests on docking, and Nigel Ramsden facilitated and coordinated the complete automated tests campaign. These authors contributed equally to this work.

The presented project for the pre-development of In-Orbit Attach Mechanisms for (Drag) Sails Modules to be operated from Space Tugs largely benefitted from the grant received by the still running EU/H2020 “Revolutionary Design of Spacecraft through Holistic Integration of Future Technologies” (ReDSHIFT) project, covering also the costs to publish in open access for dissemination objectives. The graph shown in Figure 2b has been derived for the ESA/ESOC “Environmental Aspects of Passive De-orbiting Devices” project. The project also largely benefitted from the kind support offered by FANUC Luxembourg. Villmools Merci! 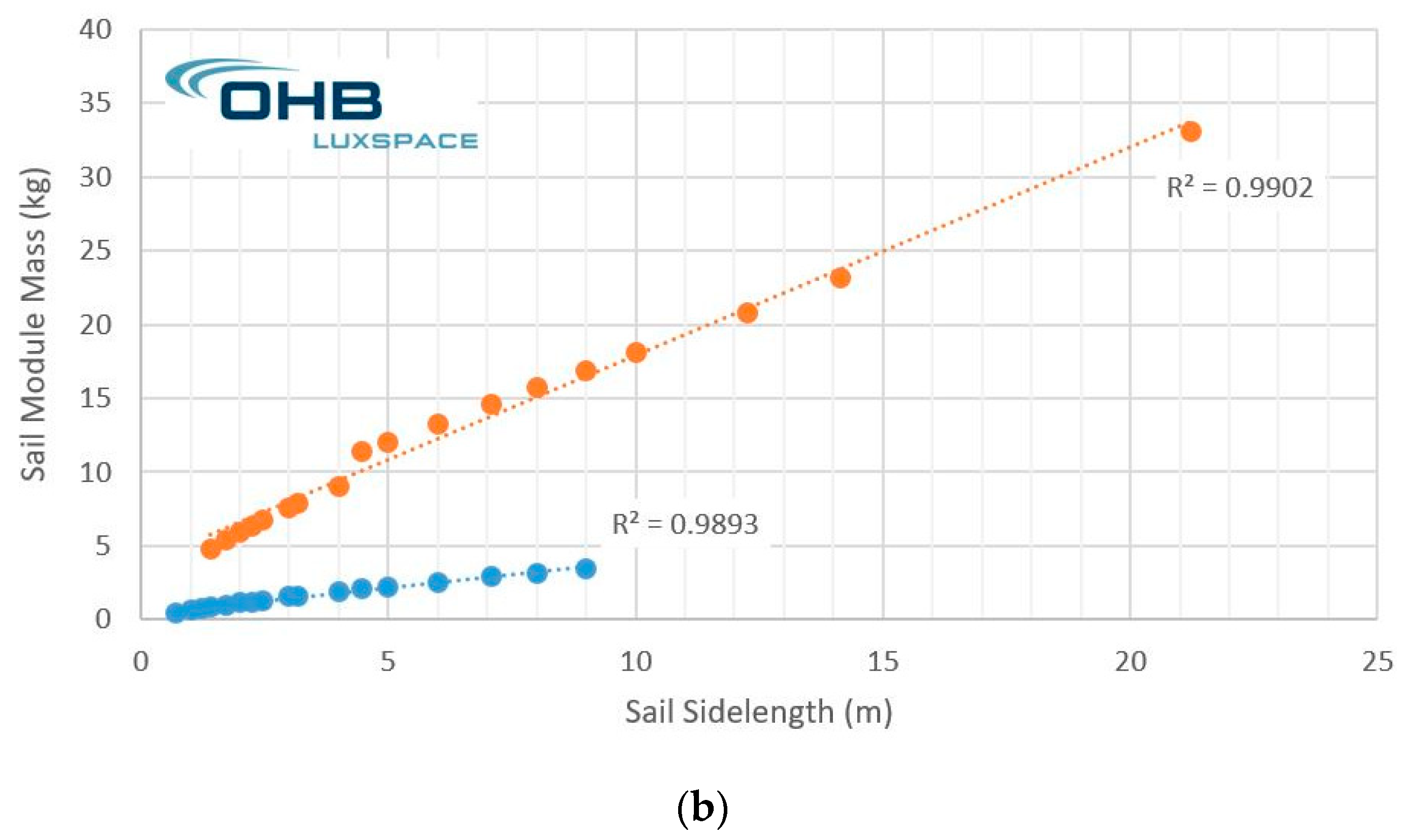 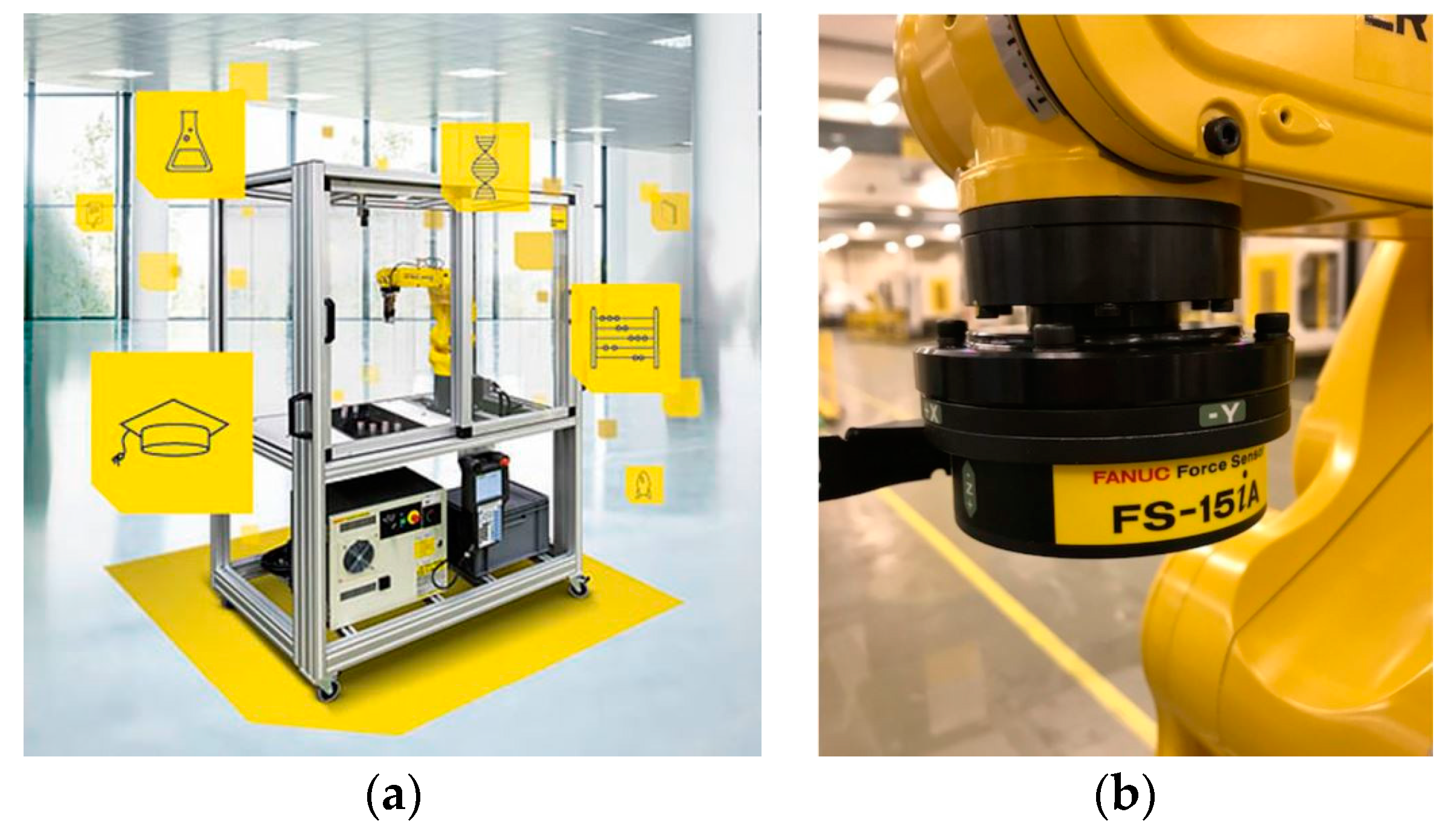