Evaluation of Adaptation Practices in the Agriculture Sector of Bangladesh: An Ecosystem Based Assessment
Previous Article in Journal

The main purpose of this study is to assess the relationship between four bioclimatic indices for cattle (environmental stress, heat load, modified heat load, and respiratory rate predictor indices) and three main milk components (fat, protein, and milk yield) considering uncertainty. The climate parameters used to calculate the climate indices were taken from the NASA-Modern Era Retrospective-Analysis for Research and Applications (NASA-MERRA) reanalysis from 2002 to 2010. Cow milk data were considered for the same period from April to September when the cows use the natural pasture. The study is based on a linear regression analysis using correlations as a summarizing diagnostic. Bootstrapping is used to represent uncertainty information in the confidence intervals. The main results identify an interesting relationship between the milk compounds and climate indices under all climate conditions. During spring, there are reasonably high correlations between the fat and protein concentrations vs. the climate indices, whereas there are insignificant dependencies between the milk yield and climate indices. During summer, the correlation between the fat and protein concentrations with the climate indices decreased in comparison with the spring results, whereas the correlation for the milk yield increased. This methodology is suggested for studies investigating the impacts of climate variability/change on food and agriculture using short term data considering uncertainty. View Full-Text
Keywords: climate variability; climate indices; heat stress indices; milk components; bootstrap; correlation climate variability; climate indices; heat stress indices; milk components; bootstrap; correlation
►▼ Show Figures 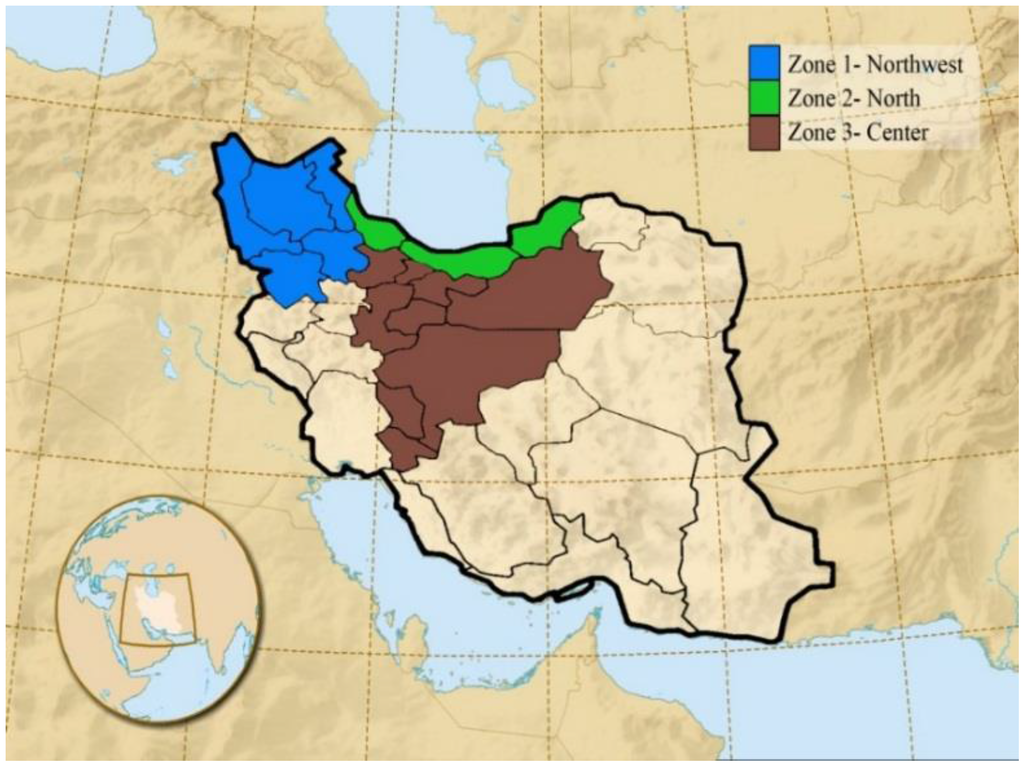