Most orchid species are endangered because of over collection and loss of habitat, so there is an urgent need to develop techniques to conserve them both in situ as well as ex situ [1]. Seed morphology is an important trait related to biological and ecological processes such as seed dormancy and germination [2,3], adaptation to habitat for seed dispersal [4,5,6,7], and seed storability [8]. Therefore, investigating seed morphology is relevant to understanding the plant’s reproduction under natural conditions and to devise optimal protocols for seed storage and propagation.
Seed morphology can also provide relevant information about orchid evolution and adaptations. This information could be particularly useful in comparative studies, since seed characters are considered inherent traits, being more conservative than other features. Previous studies have used seed morphology to investigate taxonomic, phylogenetic, and phytogeographic relationships among orchid species [6,9,10,11,12,13,14].
Orchid seeds are extremely light and small, compared with those in other plant families, and are produced in large numbers (reaching up to a million) inside a seed pod [6]. A unique characteristic of orchid seeds is that instead of an endosperm, there is an ‘air-space’ surrounding a small globular embryo within a membranous testa. The air-space volume in orchid seeds varies depending on the species. There is a relationship between seed size and embryo volume that determines the proportion of air-space [6,9]. Moreover, Arditti [6] and Leck [15] suggested that the amount of air trapped influences seed dispersal by affecting floatability (in air and water) and buoyancy, reflecting ecological adaptations to different distribution ranges (which is relevant to in situ conservation). For this reason, studies investigating the air-space within the seed and its relation to taxonomy and living habitat are important to identify the best conservation strategy.
Historically, orchid species have been classified into five subfamilies by floral morphological characters [16]. Among those five subfamilies, Epidendroideae and Orchidoideae are the largest in the orchid family (Orchidaceae), comprising 84% and 14% of the described orchids, respectively [11]. Most orchids belonging to the subfamily Epidendroideae are tropical epiphytic orchids [17]. In contrast, most of the Orchidoideae occupy an ecological niche as temperate terrestrial species with mycorrhizal symbionts [11]. Therefore, it is possible that species belonging to these two subfamilies have different adaptations to their ecological niches.
Indonesia, a tropical country, is the habitat of a great diversity of orchids, with roughly 5000 species [18], most of which are epiphytic. In contrast, New Zealand is temperate, having around 120 orchid species in 30 genera. These are predominantly terrestrial, and over half are endemic [19,20].
This study characterised and compared the morphological seed traits of two tropical epiphytic species, Dendrobium strebloceras and D. lineale from Indonesia (subfamily Epidendroideae) and four temperate species from New Zealand, the endemic epiphytic orchid D. cunninghamii (Epidendroideae) and terrestrial orchids Gastrodia cunnninghamii (Epidendroideae), Pterostylis banksii (Orchidoideae), Thelymitra nervosa (Orchidoideae). The aim of the study was to determine whether taxonomy, biogeographical origin, or growth habit of the species are important determinants of orchid seed morphology.

Dendrobium species produced yellow-green seed pods when mature (Figure 1), while the other three genera; Gastrodia, Pterostylis, Thelymitra, produced brown pods with small differences in hue at maturity. In the subfamily of Epidendroideae, a large variation in pod length was found in the tribe Dendrobieae (Table 1). D. strebloceras produced the largest seed pods, followed by D. lineale, while D. cunninghamii was found to produce the smallest pods. Terrestrial temperate species, G. cunninghamii (Epidendroideae), P. banksii and T. nervosa (Orchidoideae) produced intermediate-sized pods. All pods split after seeds inside the pod reached maturity. Seeds in the Dendrobium species were generally yellow with slight differences in intensity; the remaining genera produced brown seeds that also varied in tone intensity, from light to dark brown. Moreover, during seed morphology assessment, we found that seeds of D. strebloceras and P. banksii had a sticky or adhesive surface.
Irrespective of their taxonomy or ecological habitat, most species in this study had a fusiform or scobiform seed shape and prolate-spheroid embryos (Figure 1). Specifically, D. strebloceras, G. cunninghamii, and P. banksii had an elongated-balloon shape and T. nervosa had a truncated seed shape, tapered at one end and blunt at the other end.

A general linear model (GLM) revealed no effect of taxonomy (Epidendroideae or Orchidoideae), geographical origin (tropical or temperate) or habit (epiphytic or terrestrial) on seed traits. However, all micro-morphological traits varied significantly among species (Pillai’s Trace F = 173.439, df = 566, p < 0.001). The micro-morphological data for the six species are shown in Table 2.
We also calculated the relationship (ratio) between some of the parameters investigated (Table 3), i.e., Embryo Length (EL) and Embryo Width (EW), Seed Length (SL) and Seed Width (SW), and Seed Volume (SV) and Embryo Volume (EV) to further explore the occurrence of morphological trends related to taxonomy, origin, and habit, with a similar outcome (i.e., only species has a significant effect F = 97.601, df = 882, p < 0.001).
Although we did not find specific traits related to orchid taxonomy, origin, or habit; most Epidendroideae observed in this study (D. lineale, D. cunninghamii and G. cunninghamii) had a high EL/EW ratio (>2), and low embryo volume. In contrast, the Orchidoideae had relatively low EL/EW ratio and high EV. D. strebloceras had the lowest EL/EW ratio and highest EV of all species. We did not find similar trends for other traits; however, we consistently observed that D. strebloceras had different morphological traits than the other species, even those in the same genus (Table 2 and Table 3).
Elongated seeds (SL/SW ratio > 5) were found in G. cunninghamii, P. banksii and D. strebloceras, respectively (Table 3). While D. lineale, D. cunninghamii and T. nervosa had truncated seeds (SL/SW ratio < 5). Following the classification in Barthlott et al. [9], D. strebloceras and Pterostylis banksii produced large seeds. G. cunninghamii had medium-sized, but elongated seeds, with the biggest SL/SW ratio. On the other hand, T. nervosa was also classified as a medium seed (Table 3).
T. nervosa had a bigger seed and embryo volume than D. lineale but a lower SV/EV ratio, explained by the high occupancy of the embryo, resulting in a low air volume within the seed. Seeds of D. cunninghamii, G. cunnninghamii, and P. banksii had intermediate SV/EV ratios with higher airspace percentages. D. strebloceras had the highest SV/EV ratio and the largest airspace of the six studied species (Table 2 and Table 3).
When comparing Dendrobium species (Table 2 and Table 3), D. lineale, a tropical epiphytic-lithophytic, had a similar embryo size as that of D. cunninghamii, a temperate epiphytic-lithophytic, but D. lineale had a significantly smaller air-space compared with D. cunninghamii. In contrast, D. strebloceras, which has a similar habitat as D. lineale had significantly higher values for most parameters measured than the other Dendrobium species.
T. nervosa and G. cunninghamii did not differ in their seed volume, but T. nervosa had a larger EV, and consequently, a smaller air-space than G. cunninghamii. On the other hand, although P. banksii has a smaller embryo size than T. nervosa, a comparison of seed volume showed that P. banksii had the biggest SV, which was 2.25-fold higher than either T. nervosa or G. cunninghamii, thus the largest airspace among the temperate species in this study (Table 2).

Seeds treated with tetrazolium chloride were measured under the microscope to determine seed size (length and width) and embryo size (length and width). Seeds with a length/width (SL/SW) above 5 were classified as elongated and those with an SL/SW below 5, as truncated. For each species, 50 seeds were measured, and the approximate seed, embryo and air-space volume were calculated following Prasongsom et al. [2], as below:
Embryo volume *:
Seed volume:
Air-space volume:
SW = Seed width, SL = Seed length, EW = Embryo width, EL = Embryo length.
* For the measurement of embryo volume, we used the equation of Prasongsom et al. [2] for prolate-spheroid-shaped embryos, which all seeds in this study had [6]. The equation may change for oblate-spheroid embryos.

To evaluate micromorphological differences between the seeds, we used a Multivariate General Linear Model (GLM) using the taxonomy (subfamily), distribution range (temperate or tropical), habit (epiphytic or terrestrial) and species as independent variables. To fulfil the assumptions of the model, univariate and multivariate outliers were removed, and data were transformed using a natural logarithm (Ln) to meet (or approximate) normality. Since the model requires a moderate linear relationship, a correlation matrix was generated (Figure 2), and two variables, seed volume (SV) and embryo volume (EV), were removed from the model since they had a strong positive correlation (R2 > 90) with seed weight (SW) and embryo weight (EW), respectively. Pairwise post-hoc tests (LSD) were used to identify differences between species for each individual trait. Calculations were performed using IBM SPSS Statistics for Macintosh, Version 24.0. (IBM Corporation, Armonk, NY).
We also calculated the relationship (ratio) between the different parameters investigated, i.e., EL/EW, SL/SW, and SV/EV. Then, we analysed them in the same way as described above. We found little correlation among these variables (Figure 3), so they were all included in the final model.

Our results show some similarities in qualitative traits (pod colour and size and seed colour) among taxonomically related orchid species. However, there was high variation in orchid seed morphometrics, likely because of ecological adaptations to their unique habitats and modes of dispersal. Information on orchid seed morphometrics is useful to infer the optimal dispersal mode, related to in situ conservation strategies and may help identify vulnerable species and set priorities for ex situ conservation. Further research including additional orchid species is needed to validate these results, and to explore other properties of the studied seeds (e.g., lipid composition) to develop optimal storage protocols for seed banking.

The following are available online at https://www.mdpi.com/2223-7747/9/2/161/s1, Table S1: The plant taxonomy, morphology, biogeographical origin, and ecological habits for each species.

All authors (S.D., A.C.M., C.M., J.M., J.N., H.W.P.) contributed to the conceptualization and experimental design. S.D. collected the data. S.D. and A.C.M. analyzed the data and wrote the original draft. All authors have read and agreed to the published version of the manuscript.

This study was supported by IAARD scholarship (Indonesia) and Massey University (New Zealand). 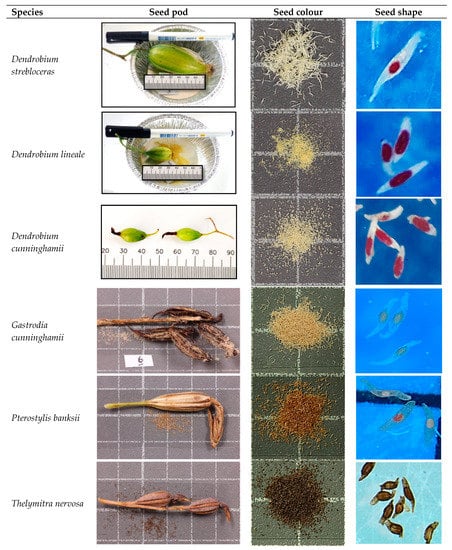 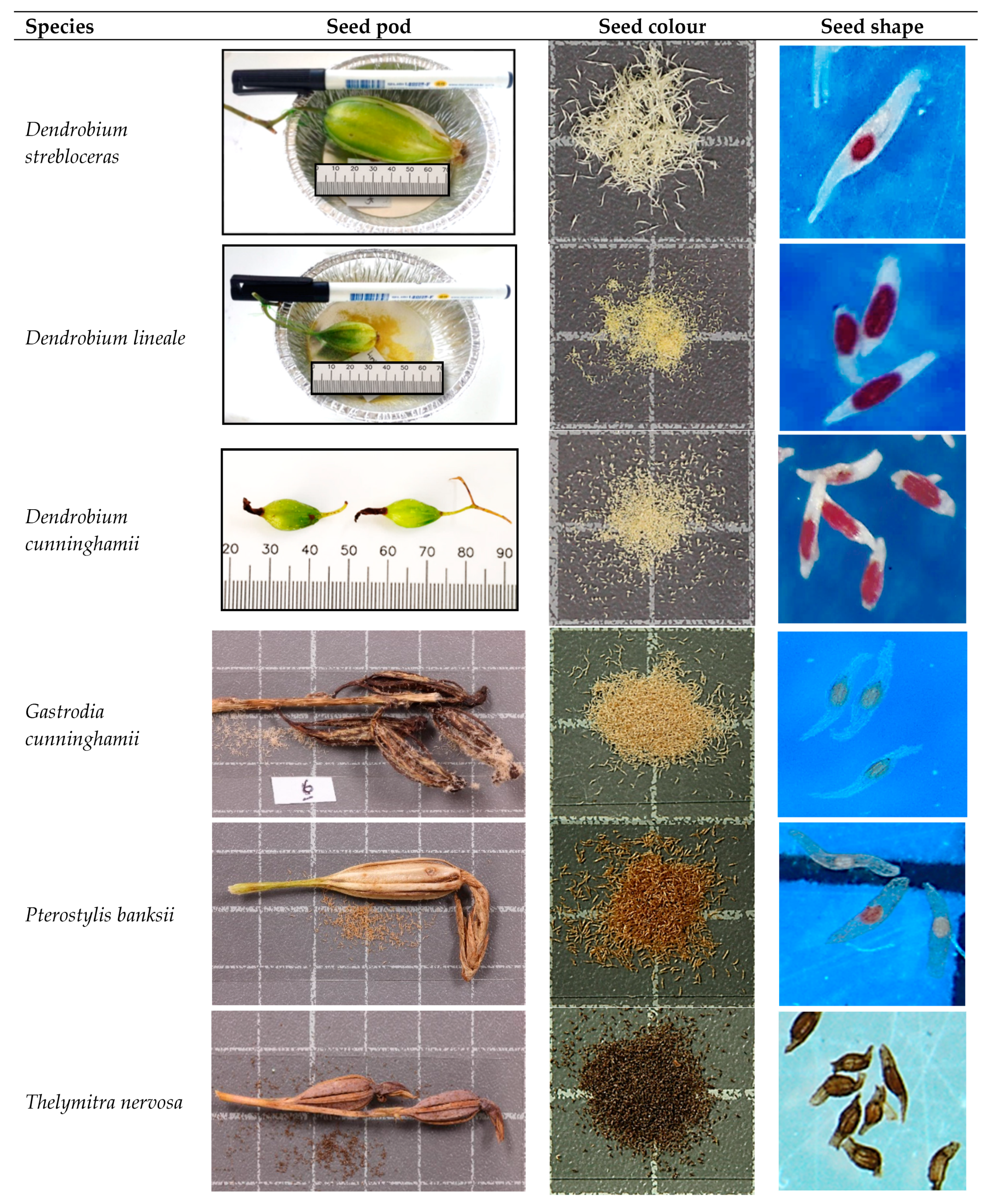 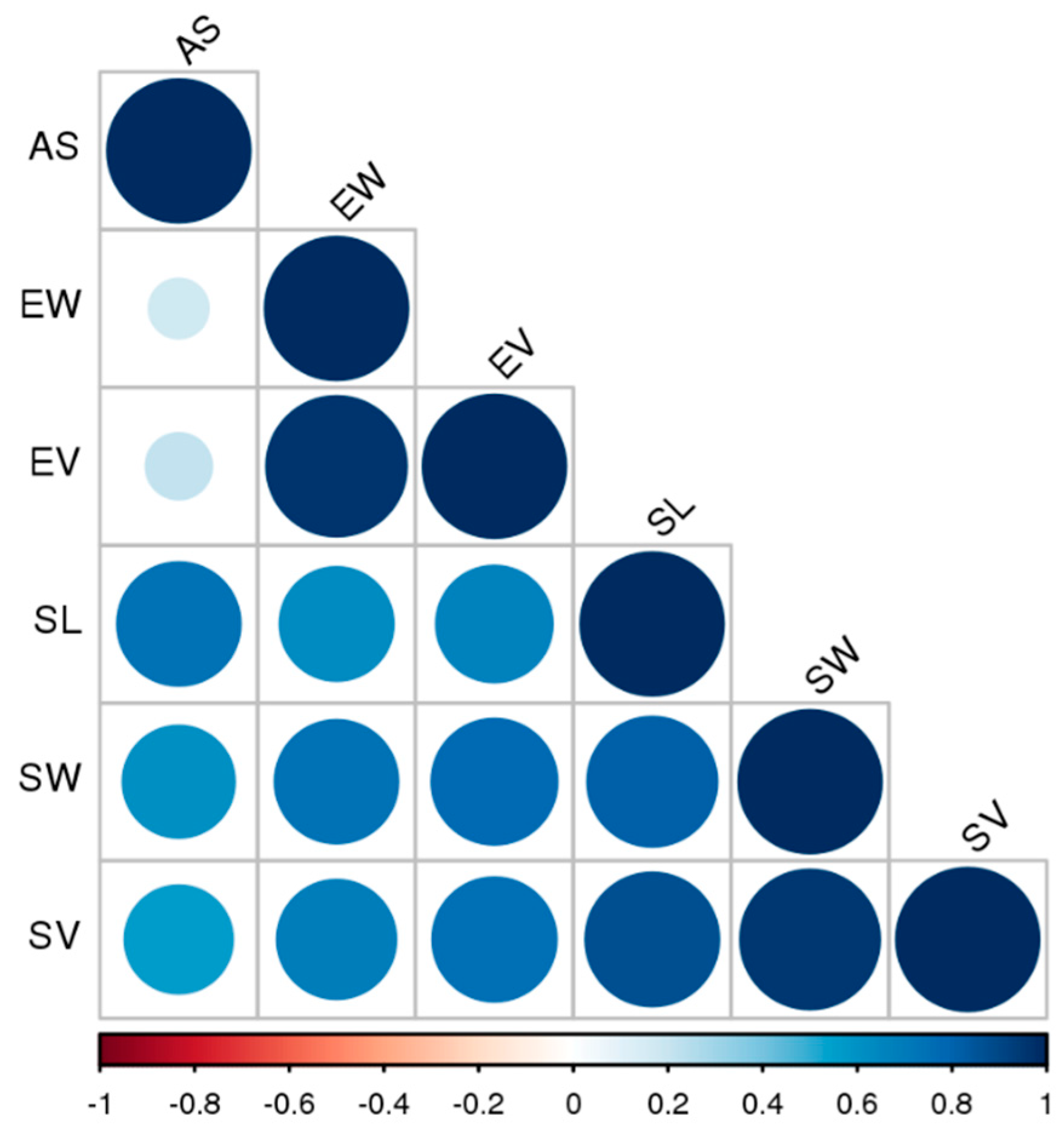 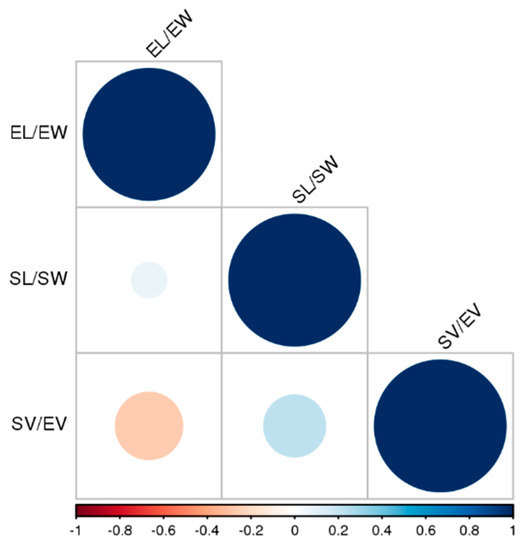