Cloud computing offers various services. Numerous cloud data centers are used to provide these services to the users in the whole world. A cloud data center is a house of physical machines (PMs). Millions of virtual machines (VMs) are used to minimize the utilization rate of PMs. There is a chance of unbalanced network due to the rapid growth of Internet services. An intelligent mechanism is required to efficiently balance the network. Multiple techniques are used to solve the aforementioned issues optimally. VM placement is a great challenge for cloud service providers to fulfill the user requirements. In this paper, an enhanced levy based multi-objective gray wolf optimization (LMOGWO) algorithm is proposed to solve the VM placement problem efficiently. An archive is used to store and retrieve true Pareto front. A grid mechanism is used to improve the non-dominated VMs in the archive. A mechanism is also used for the maintenance of an archive. The proposed algorithm mimics the leadership and hunting behavior of gray wolves (GWs) in multi-objective search space. The proposed algorithm was tested on nine well-known bi-objective and tri-objective benchmark functions to verify the compatibility of the work done. LMOGWO was then compared with simple multi-objective gray wolf optimization (MOGWO) and multi-objective particle swarm optimization (MOPSO). Two scenarios were considered for simulations to check the adaptivity of the proposed algorithm. The proposed LMOGWO outperformed MOGWO and MOPSO for University of Florida 1 (UF1), UF5, UF7 and UF8 for Scenario 1. However, MOGWO and MOPSO performed better than LMOGWO for UF2. For Scenario 2, LMOGWO outperformed the other two algorithms for UF5, UF8 and UF9. However, MOGWO performed well for UF2 and UF4. The results of MOPSO were also better than the proposed algorithm for UF4. Moreover, the PM utilization rate (%) was minimized by 30% with LMOGWO, 11% with MOGWO and 10% with MOPSO. View Full-Text
Keywords: cloud computing; virtual machine placement; multi-objective gray wolf optimization; levy flight; multi-objective particle swarm optimization cloud computing; virtual machine placement; multi-objective gray wolf optimization; levy flight; multi-objective particle swarm optimization
►▼ Show Figures 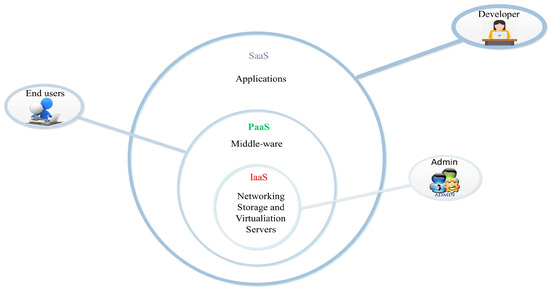