The Religion of the Ammonites: A Specimen of Levantine Religion from the Iron Age II (ca. 1000–500 BCE)

The Temple of Solomon in Iron Age Context

1 Kings preserves a long and detailed description of the construction of a temple and palace in Jerusalem by King Solomon in the 10th century BCE. Previous generations of scholars accepted this description as an authentic account. Accordingly, much literature on this text and the relevant archeological discoveries has accumulated. Since the 1980s, skeptical approaches to the early part of the Kingdom of Judah, the biblical text, and the archaeological record have been expressed. Some scholars doubt whether any temple at all was constructed in Jerusalem in the 10th century BCE. In the last few years, the picture has been changed by new discoveries from two Judean sites: a building model of the early 10th century BCE from Khirbet Qeiyafa and an actual temple building of the 9th century BCE from Motza. In this article, we present the history of research, some aspects of the biblical text and the contribution of the new discoveries. These enable us to place in context both the biblical text and the building it describes. View Full-Text
Keywords: Solomon’s Temple; Khirbet Qeiyafa; Motza Solomon’s Temple; Khirbet Qeiyafa; Motza
►▼ Show Figures 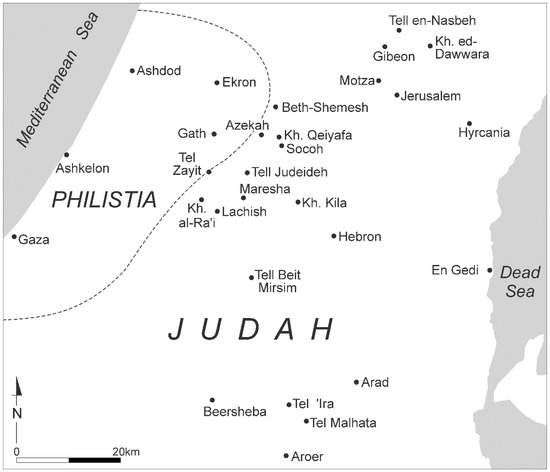