The Role of Premorbid IQ and Age of Onset as Useful Predictors of Clinical, Functional Outcomes, and Recovery of Individuals with a First Episode of Psychosis
Next Article in Special Issue

The Association of Post-Concussion and Post-Traumatic Stress Disorder Symptoms with Health-Related Quality of Life, Health Care Use and Return-to-Work after Mild Traumatic Brain Injury 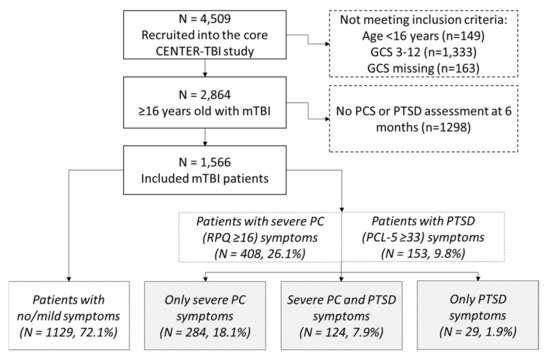