Burkholderia cepacia Complex Vaccines: Where Do We Go from here?

Valerie A. Ferro 1 and

The venom of Apis mellifera (honey bee) has been reported to play a role in immunotherapy, but existing evidence to support its immuno-modulatory claims is insufficient. Four fractions from whole bee venom (BV) were separated using medium pressure liquid chromatography. Their ability to induce the production of cytokines TNFα, IL-1β and IL-6 in phorbol-12-myristate-13-acetate (PMA)-treated U937 cells was assessed. The levels of the three cytokines produced by stimulation with the four fractions and crude BV without LPS were not significantly different from negative control values. However, co-stimulation of the cells with LPS and Fraction 4 (F-4) induced a 1.6-fold increase in TNF-α level (p < 0.05) compared to LPS alone. Likewise, LPS-induced IL-1β production was significantly synergised in the presence of F-1 (nine-fold), F-2 (six-fold), F-3 (four-fold) and F-4 (two-fold) fractions, but was only slightly enhanced with crude BV (1.5-fold) relative to LPS. Furthermore, the LPS-stimulated production of IL-6 was not significantly increased in cells co-treated with F-2 and F-3, but the organic fraction (F-4) showed an inhibitory effect (p < 0.05) on IL-6 production. The latter was elucidated by NMR spectroscopy and found to contain(Z)-9-eicosen-1-ol. The effects observed with the purified BV fractions were more marked than those obtained with the crude sample. View Full-Text
Keywords: bee venom; pro-inflammatory cytokines; LPS stimulation; U937 cells; PMA differentiated; ELISA; (Z)-9-eicosen-1-ol; Apis mellifera bee venom; pro-inflammatory cytokines; LPS stimulation; U937 cells; PMA differentiated; ELISA; (Z)-9-eicosen-1-ol; Apis mellifera
►▼ Show Figures 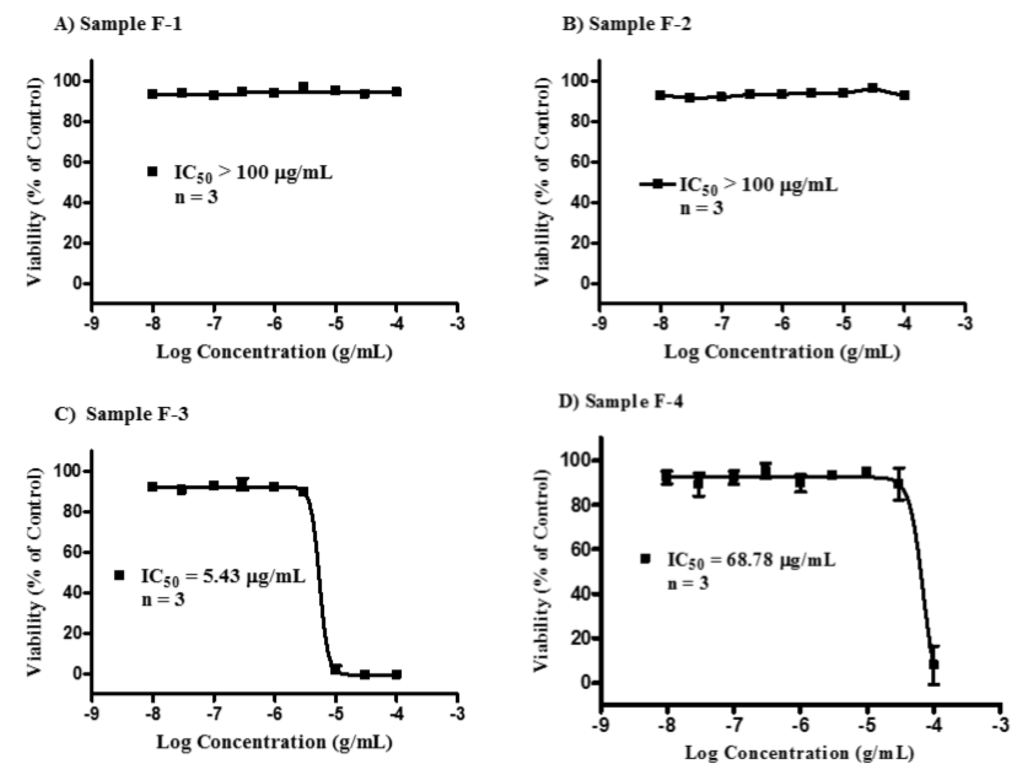