Temporal Limitations of the Standard Leaky Integrate and Fire Model

Itti and Koch’s Saliency Model has been used extensively to simulate fixation selection in a variety of tasks from visual search to simple reaction times. Although the Saliency Model has been tested for its spatial prediction of fixations in visual salience, it has not been well tested for their temporal accuracy. Visual tasks, like search, invariably result in a positively skewed distribution of saccadic reaction times over large numbers of samples, yet we show that the leaky integrate and fire (LIF) neuronal model included in the classic implementation of the model tends to produce a distribution shifted to shorter fixations (in comparison with human data). Further, while parameter optimization using a genetic algorithm and Nelder–Mead method does improve the fit of the resulting distribution, it is still unable to match temporal distributions of human responses in a visual task. Analysis of times for individual images reveal that the LIF algorithm produces initial fixation durations that are fixed instead of a sample from a distribution (as in the human case). Only by aggregating responses over many input images do they result in a distribution, although the form of this distribution still depends on the input images used to create it and not on internal model variability. View Full-Text
Keywords: saccade generation; salience model; visual search; leaky integrate and fire model saccade generation; salience model; visual search; leaky integrate and fire model
►▼ Show Figures 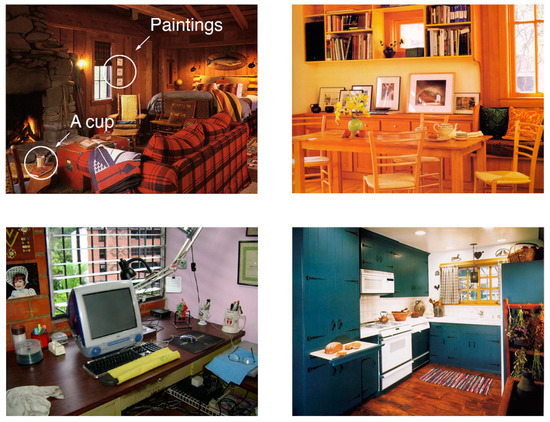