As virtual reality (VR) and the corresponding 3D documentation and modelling technologies evolve into increasingly powerful and established tools for numerous applications in architecture, monument preservation, conservation/restoration and the presentation of cultural heritage, new methods for creating information-rich interactive 3D environments are increasingly in demand. In this article, we describe the development of an immersive virtual reality application for the Imperial Cathedral in Königslutter, in which 360° panoramic photographs were integrated within the virtual environment as a novel and complementary form of visualization. The Imperial Cathedral (Kaiserdom) of Königslutter is one of the most important examples of Romanesque architecture north of the Alps. The Cathedral had previously been subjected to laser-scanning and recording with 360° panoramic photography by the Photogrammetry & Laser Scanning lab of HafenCity University Hamburg in 2010. With the recent rapid development of consumer VR technology, it was subsequently decided to investigate how these two data sources could be combined within an immersive VR application for tourism and for architectural heritage preservation. A specialised technical workflow was developed to build the virtual environment in Unreal Engine 4 (UE4) and integrate the panorama photographs so as to ensure the seamless integration of these two datasets. A simple mechanic was developed using the native UE4 node-based programming language to switch between these two modes of visualisation. View Full-Text
Keywords: 3D modelling; 3D representation; game engine; laser scanning; panoramic photography; virtual reality 3D modelling; 3D representation; game engine; laser scanning; panoramic photography; virtual reality
►▼ Show Figures 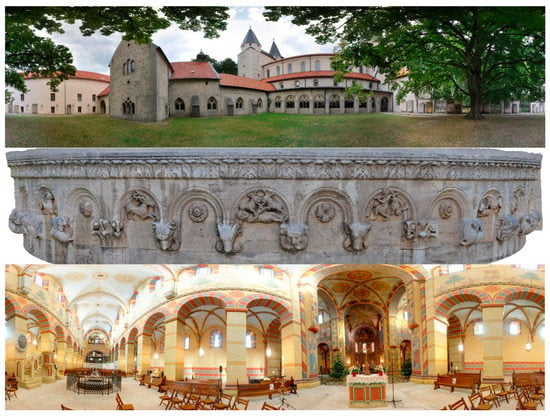