Human development has made remarkable social and economic progress possible for most of us [1,2], but has also entailed a range of negative consequences on natural resources, local communities, and the economy at multiple scales. Soil sealing [3,4,5], erosion, land degradation and erosion [6]; air and water pollution [7,8]; forest fires [9], biodiversity homogenisation and loss [10], isolation and fragmentation of habitats [11,12], poverty [13], human migration [14] and health issues [15,16] are among the most common human-made impacts with a clear sustainability and spatial component. They occur almost everywhere in the territory, be it terrestrial [17], aerial [18] or marine [19], where there is human activity.; Thus, achieving sustainable territorial management that combines healthy and prosperous societies with the long-term maintenance of biodiversity and productive ecosystem services [20] remains the biggest challenge of our modern world [21]. Simulation models of future land uses, under different scenarios of change, can help territorial managers in the decision-making process [22].
This Special Issue seeks to collect a coherent set of studies on techniques and experiences (case studies) aimed at increasing the environmental, social, economic &/or institutional sustainability of landscapes and seascapes from a range of geographic and socioeconomic contexts. 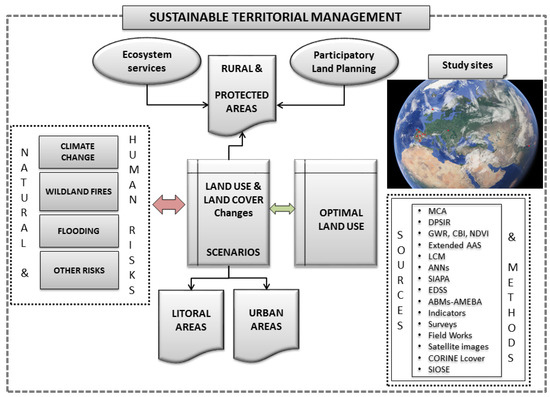 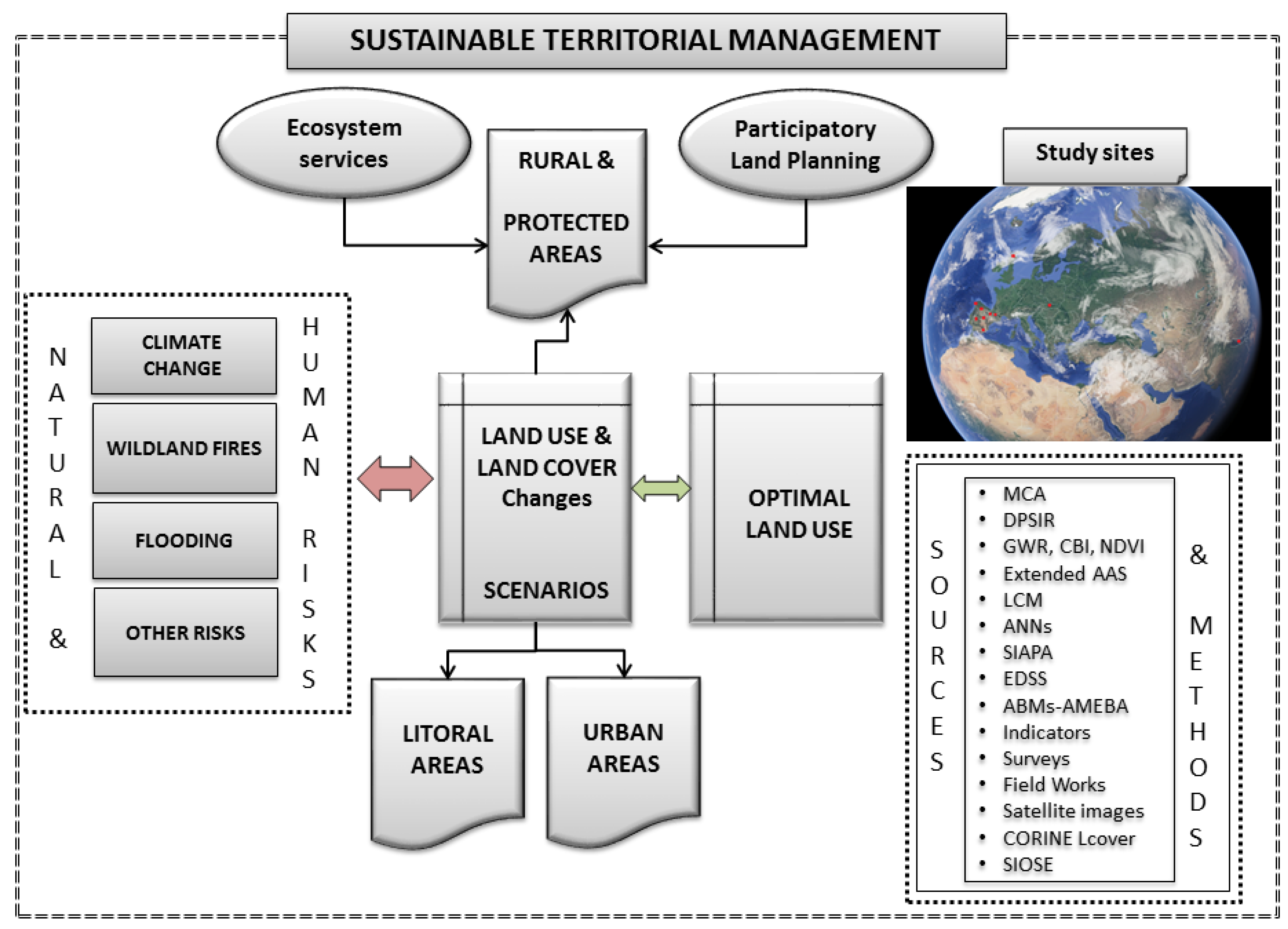