How Can We Introduce ART into Wild Felid Conservation in Practice? Joint Experience in Semen Collection from Captive Wild Felids in Europe

Insights from Koala–Cattle Interaction Experiments: Koalas and Cattle May See Each Other as a Disturbance

Koalas have been listed as endangered because of their rapidly declining populations. As an iconic Australian animal, effective conservation is critical to reverse the decline, which requires a comprehensive understanding of threats to koalas, such as predation, disease and habitat loss. In the last decade, livestock were suspected to be a new potential threat to koalas, with anecdotal evidence of koalas being trampled to death by livestock, especially cattle. We investigated the significance of cattle being a threat to koalas in two experiments testing how koalas and cattle perceive and react to each other when sharing space. In the first experiment, we recorded the behaviour of free-ranging koalas prior to, during and after cattle grazing within the koalas’ home ranges. Koalas showed decreased moving distance and home range size when cattle grazed in their living environment. In the second experiment, we recorded the cattle reactions to a moving koala model on a vehicle, a dog model on the same vehicle and the vehicle alone. The koala and dog models elicited similar aggression and fear in cattle, both significantly more than the vehicle alone did. The results provide confirmatory evidence of negative koala–cattle interactions and indicate that cattle and koalas may see each other as a disturbance.

Koalas are facing many threats and have now been officially listed as endangered. Recently, concerns were raised in anecdotal reports of koalas being killed by livestock, especially cattle. We investigated the significance of cattle as a threat to koala survival via two koala–cattle interaction experiments, from both the koala and cattle perspectives. In the first experiment, we recorded the ranging behaviour of free-ranging, radio-collared koalas prior to, during and after cattle grazed within their usual home range. Koalas decreased their distance travelled and the size of their home range when they shared space with cattle, compared with the period before cattle started grazing within their home range. In the second experiment, we recorded the reactions of cattle towards koalas that they encountered on the ground, using motorised animal models: a model koala mounted on a remote-controlled vehicle and a model dog mounted on the same vehicle, and the vehicle alone. The koala model elicited aggression and fear in cattle, similar to the dog model, whereas their reaction to the vehicle was significantly less aggressive. No actual attacks by the cattle were observed. The results provide experimental evidence that negative koala–livestock interactions occur and indicate that cattle and koalas may see each other as a disturbance. View Full-Text
Keywords: Phascolarctos cinereus; trauma; injury; mortality; cow; bull; attack; trample; risk; domestic animal; wildlife conservation Phascolarctos cinereus; trauma; injury; mortality; cow; bull; attack; trample; risk; domestic animal; wildlife conservation
►▼ Show Figures 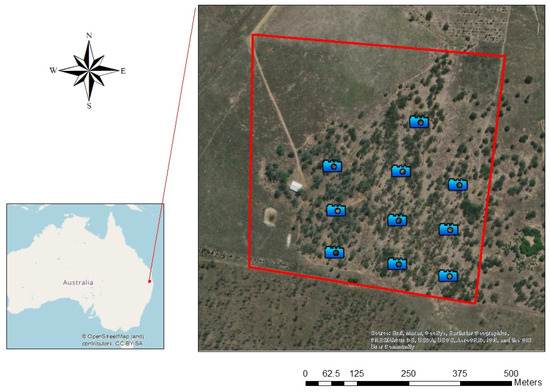