Evolutionary Trajectory for the Emergence of Novel Coronavirus SARS-CoV-2

Over the last two decades, the world experienced three outbreaks of coronaviruses with elevated morbidity rates. Currently, the global community is facing emerging virus SARS-CoV-2 belonging to Betacoronavirus, which appears to be more transmissible but less deadly than SARS-CoV. The current study aimed to track the evolutionary ancestors and different evolutionary strategies that were genetically adapted by SARS-CoV-2. Our whole-genome analysis revealed that SARS-CoV-2 was the descendant of Bat SARS/SARS-like CoVs and bats served as a natural reservoir. SARS-CoV-2 used mutations and recombination as crucial strategies in different genomic regions including the envelop, membrane, nucleocapsid, and spike glycoproteins to become a novel infectious agent. We confirmed that mutations in different genomic regions of SARS-CoV-2 have specific influence on virus reproductive adaptability, allowing for genotype adjustment and adaptations in rapidly changing environments. Moreover, for the first time we identified nine putative recombination patterns in SARS-CoV-2, which encompass spike glycoprotein, RdRp, helicase and ORF3a. Six recombination regions were spotted in the S gene and are undoubtedly important for evolutionary survival, meanwhile this permitted the virus to modify superficial antigenicity to find a way from immune reconnaissance in animals and adapt to a human host. With these combined natural selected strategies, SARS-CoV-2 emerged as a novel virus in human society. View Full-Text
Keywords: SARS-CoV-2; SARS-CoV; phylogeny; genomic structure; evolutionary strategies; mutations; recombination or reassortment SARS-CoV-2; SARS-CoV; phylogeny; genomic structure; evolutionary strategies; mutations; recombination or reassortment
►▼ Show Figures 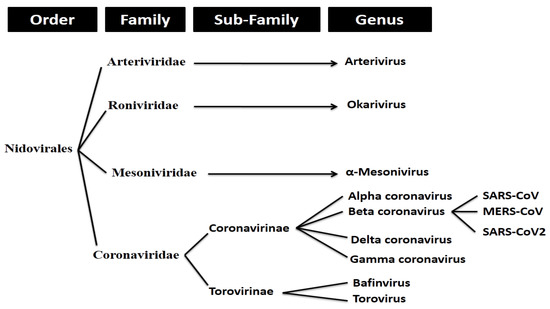