The ability of Listeria monocytogenes to adhere and form biofilms leads to persistence in food processing plants and food-associated listeriosis. The role of specific surface proteins as adhesins to attach Listeria cells to various contact surfaces has not been well characterized to date. In prior research comparing different methods for surface protein extraction, the Ghost urea method revealed cleaner protein content as verified by the least cytoplasmic protein detected in surface extracts using LC-MS/MS. The same technique was utilized to extract and detect surface proteins among two surface-adherent phenotypic strains of L. monocytogenes (i.e., strongly and weakly adherent). Of 640 total proteins detected among planktonic and sessile cells, 21 protein members were exclusively detected in the sessile cells. Relative LC-MS/MS detection and quantification of surface-extracted proteins from the planktonic weakly adherent (CW35) and strongly adherent strains (99-38) were examined by protein mass normalization of proteins. We found that L. monocytogenes 99-38 exhibited a total of 22 surface proteins that were over-expressed: 11 proteins were detected in surface extracts of both sessile and planktonic 99-38 that were ≥5-fold over-expressed while another 11 proteins were detected only in planktonic 99-38 cells that were ≥10-fold over-expressed. Our results suggest that these protein members are worthy of further investigation for their involvement as surface adhesins. View Full-Text
Keywords: orbitrap; Listeria monocytogenes; adherence; adhesin; protein orbitrap; Listeria monocytogenes; adherence; adhesin; protein
►▼ Show Figures 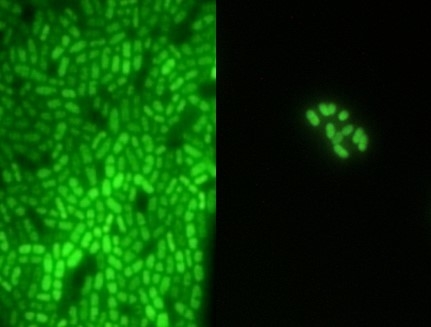