A Search for the Hidden King: Messianism, Prophecies and Royal Epiphanies of the Kings of Aragon (circa 1250–1520)

Modern historiography has studied the influence of messianic and millennialist ideas in the Crown of Aragon extensively and, more particularly, how they were linked to the Aragonese monarchy. To date, research in the field of art history has mainly considered royal iconography from a different point of view: through coronation, historical or dynastic images. This article will explore the connections, if any, between millennialist prophetic visions and royal iconography in the Crown of Aragon using both texts and the figurative arts, bearing in mind that sermons, books and images shared a common space in late medieval audiovisual culture, where royal epiphanies took place. The point of departure will be the hypothesis that some royal images and apparently conventional religious images are compatible with readings based on sources of prophetic and apocalyptic thought, which help us to understand the intentions and values behind unique figurative and performative epiphanies of the dynasty that ruled the Crown of Aragon between 1250 and 1516. With this purpose in mind, images will be analysed in their specific context, which is often possible to reconstruct thanks to the abundance and diversity of the written sources available on the subject, with a view to identifying their promoters’ intentions, the function they fulfilled and the reception of these images in the visual culture of this time and place. View Full-Text
Keywords: apocalyptic visions; royal iconography; prophetism; messianism; Crown of Aragon; Germanias revolt apocalyptic visions; royal iconography; prophetism; messianism; Crown of Aragon; Germanias revolt
►▼ Show Figures 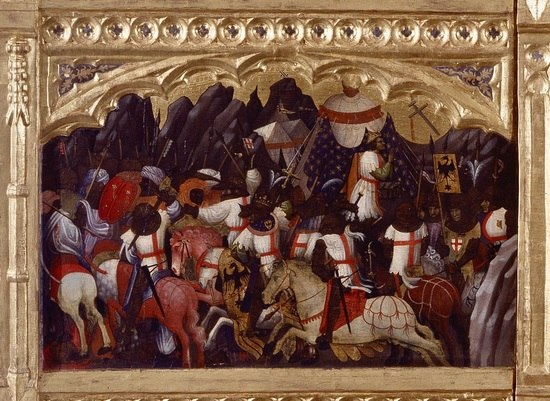