Ticks are hematophagous ectoparasites of humans and animals. These arthropods employ different strategies in their host-seeking activity; most often, it is the “nest”- and “pasture-questing” behaviour. Some species, e.g., Dermacentor reticulatus, exhibit both types of activity depending on their developmental stage. The aim of the present study was to investigate the host-seeking activity of adult D. reticulatus ticks in the eastern part of Poland. To this end, ticks were collected with the flagging method during their seasonal activity in three different types of habitat. Active specimens were marked with a permanent marker and then released. This was repeated consistently at 7-day intervals using a different colour of the marker each time, which allowed tracking the questing activity of the specimens. Most frequently, repetitive tick activity (repeated up to seven times) was noted in a locality surrounded by urban developments. In an agriculturally unused open meadow habitat, 69.9% of D. reticulatus ticks were found to undertake questing activity only once. D. reticulatus females proved to be more aggressive and determined to find a host than the males of this species. Adult D. reticulatus ticks are able to stay in the habitat for a long time and undertake multiple host-seeking activities. The greatest threat of attacks on animals, including domestic animals, and sporadically humans, by these ticks occurs in meadow habitats, which are preferred by this species. View Full-Text
Keywords: Dermacentor reticulatus; ticks; host-seeking activity; repetitive tick activity; tick bite exposure Dermacentor reticulatus; ticks; host-seeking activity; repetitive tick activity; tick bite exposure
►▼ Show Figures 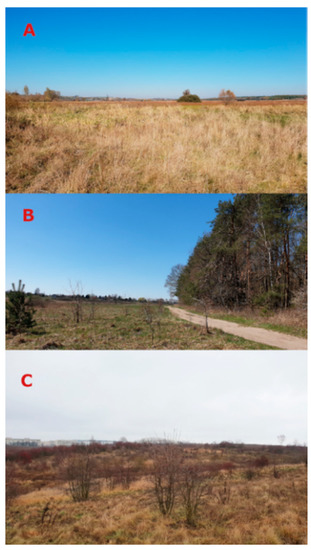