Parkinson’s Disease is a neurodegenerative disease that affects the aging population and is caused by a progressive loss of dopaminergic neurons in the substantia nigra pars compacta (SNc). With the onset of the disease, the patients suffer from mobility disorders such as tremors, bradykinesia, impairment of posture and balance, etc., and it progressively worsens in the due course of time. Additionally, as there is an exponential growth of the aging population in the world the number of people suffering from Parkinson’s Disease is increasing and it levies a huge economic burden on governments. However, until now no therapeutic method has been discovered for completely eradicating the disease from a person’s body after it’s onset. Therefore, the early detection of Parkinson’s Disease is of paramount importance to tackle the progressive loss of dopaminergic neurons in patients to serve them with a better life. In this study, 3T T1-weighted MRI scans were acquired from the Parkinson’s Progression Markers Initiative (PPMI) database of 406 subjects from baseline visit, where 203 were healthy and 203 were suffering from Parkinson’s Disease. Following data pre-processing, a 3D convolutional neural network (CNN) architecture was developed for learning the intricate patterns in the Magnetic Resonance Imaging (MRI) scans for the detection of Parkinson’s Disease. In the end, it was observed that the developed 3D CNN model performed superiorly by completely aligning with the hypothesis of the study and plotted an overall accuracy of 95.29%, average recall of 0.943, average precision of 0.927, average specificity of 0.9430, f1-score of 0.936, and Receiver Operating Characteristic—Area Under Curve (ROC-AUC) score of 0.98 for both the classes respectively. View Full-Text
Keywords: Parkinson’s Disease; neurodegeneration; magnetic resonance imaging (MRI); convolutional neural network (CNN); deep learning Parkinson’s Disease; neurodegeneration; magnetic resonance imaging (MRI); convolutional neural network (CNN); deep learning
►▼ Show Figures 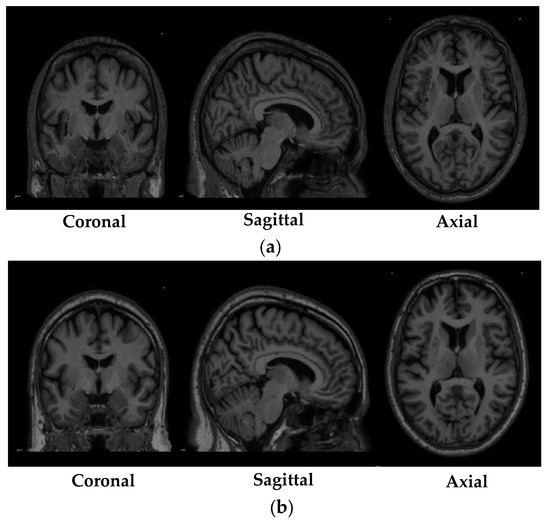