The Novel Concept of “Behavioural Instability” and Its Potential Applications

Fluctuating asymmetry (FA) in nine species of small mammals (Insectivora and Rodentia) was estimated using 10 cranial features (foramina for nerves and blood vessels). The main criterion was the occurrence of the fluctuating asymmetry manifestations (OFAM). A total of 2300 skulls collected in the taiga and forest-tundra of Yakutia (Northeast Asia) were examined. The examined species are characterized by comparable OFAM values in the vast territories of the taiga zone; on the ecological periphery of the range an increased FA level is registered. Asymmetric manifestations in analyzed features are equally likely to occur in males and females. OFAM values in juveniles are higher than in adults; this difference is more pronounced on the periphery of the geographic range. Among juveniles, lower FA levels are observed in individuals that have bred. It can be surmised that the risk of elimination of individuals with high FA levels increases in stressful periods (active reproduction and winter). In conditions that are close to optimal, populations demonstrate relatively homogeneous FA levels, while on the periphery of the area an increase in occurrence of disturbances in developmental stability is observed, which leads, on one hand, to higher average FA for the population and, on the other hand, to heterogeneity of the population in this parameter. View Full-Text
Keywords: fluctuating asymmetry; developmental stability; small mammals; population; age; environmental stress fluctuating asymmetry; developmental stability; small mammals; population; age; environmental stress
►▼ Show Figures 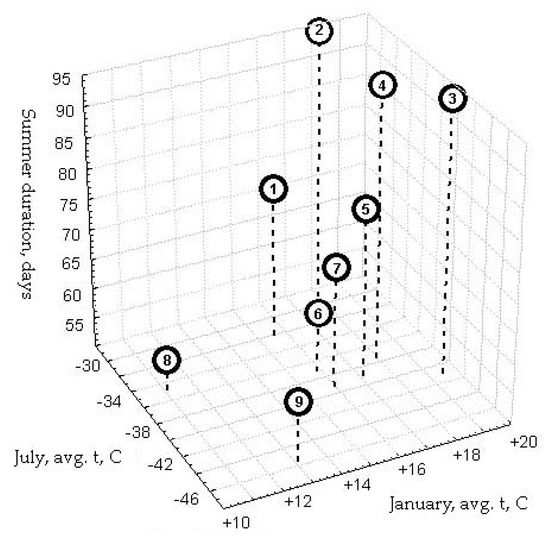