Analysis of Precipitation and Temperature Extremes over the Muda River Basin, Malaysia 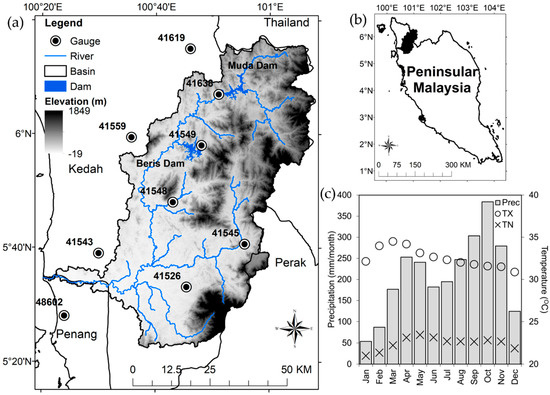