Airborne Magnetic Technoparticles in Soils as a Record of Anthropocene

Airborne magnetic particles in soils were studied in sites located in various distances to industrial plants. Chemical and mineral composition of soil samples were analysed. The highest values of the Pollution Load Index (PLI) calculated for several elements were noted for sites relatively distant from industrial plants. Soil samples exposed for the deposition of airborne particles were examined by means of magnetization versus an external applied magnetic field as well as 57Fe Mössbauer spectroscopy measurements showing a lack of correlation of the magnetic properties with total Fe content, which points toward a strong impact of the industrial activities. Magnetic fraction was extracted and studied using scanning electron microscopy with energy dispersive spectrometry. Two types of spherical particles were noted. Massive ones occurring in all sites and particles with a complex internal structure more abundant in sites situated closer to industrial plants. The presence of spherical magnetic particles formed in high temperature processes indicate their relatively long range transport in the atmosphere. Broad distribution, characteristic and easy for identification spherical form of these magnetic technoparticles, suggest that one can consider them as a record of the Anthropocene. Accumulation of such technoparticles is related to rapid industrialization in the post-World War II period. View Full-Text
Keywords: airborne magnetic technoparticles; magnetometry; Mössbauer spectroscopy; soil pollution; record of Anthropocene airborne magnetic technoparticles; magnetometry; Mössbauer spectroscopy; soil pollution; record of Anthropocene
►▼ Show Figures 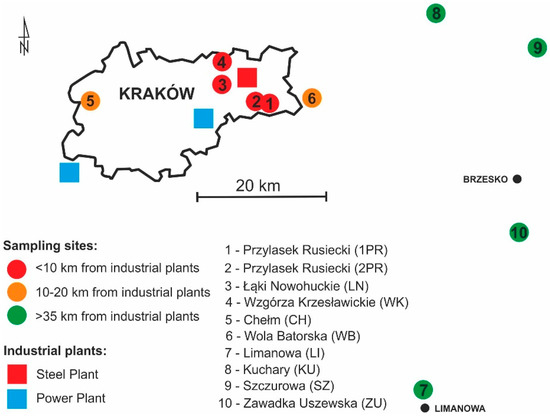