The Effect of Technological Progress, Demand, and Energy Policy on Agricultural and Bioenergy Markets
Previous Article in Special Issue

Complex temperature processes are the coupling results of natural and human processes, but few studies focused on the interactive effects between natural and human systems. Based on the dataset for temperature during the period of 1980–2012, we analyzed the complexity of temperature by using the Correlation Dimension (CD) method. Then, we used the Geogdetector method to examine the effects of factors and their interactions on the temperature process in the Yangtze River Delta (YRD). The main conclusions are as follows: (1) the temperature rose 1.53 °C; and, among the dense areas of population and urban, the temperature rose the fastest. (2) The temperature process was more complicated in the sparse areas of population and urban than in the dense areas of population and urban. (3) The complexity of temperature dynamics increased along with the increase of temporal scale. To describe the temperature dynamic, at least two independent variables were needed at a daily scale, but at least three independent variables were needed at seasonal and annual scales. (4) Each driving factor did not work alone, but interacted with each other and had an enhanced effect on temperature. In addition, the interaction between economic activity and urban density had the largest influence on temperature. View Full-Text
Keywords: correlation dimension method; Geogdetector method; interaction effect; multi-scale correlation dimension method; Geogdetector method; interaction effect; multi-scale
►▼ Show Figures 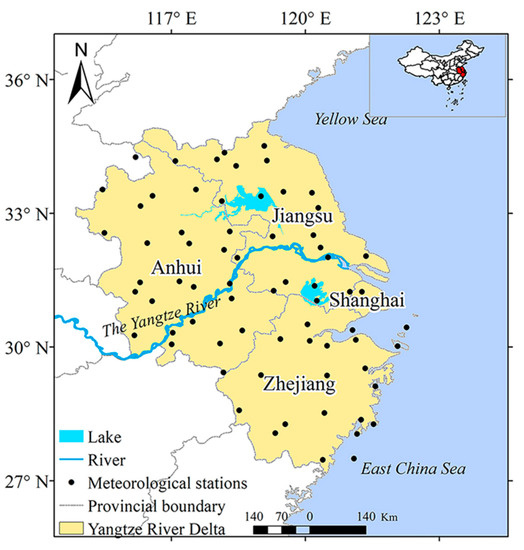