The necessity of completion total thyroidectomy is unclear in patients with papillary thyroid microcarcinoma (PTMC) with only pathological central lymph node metastasis (pCLNM). The aim of our study was to determine the necessity of completion total thyroidectomy after an initial surgery by comparing the prognosis according to the presence of pCLNM during a long-term follow-up. We retrospectively compared the pathological central lymph node (pCLN)-positive group of 165 patients who underwent thyroid lobectomy with the pCLN-negative group of 711 patients and found no difference between the two groups in the recurrence rate and disease-free survival rates. Therefore, PTMC patients who underwent thyroid lobectomy with prophylactic central compartment neck dissection and were diagnosed with pCLNM after surgery do not require completion total thyroidectomy. 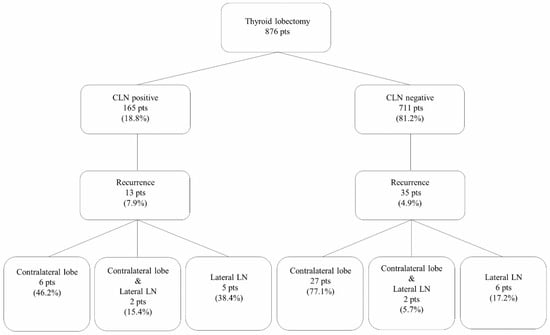