Differential Properties of Venom Peptides and Proteins in Solitary vs. Social Hunting Wasps 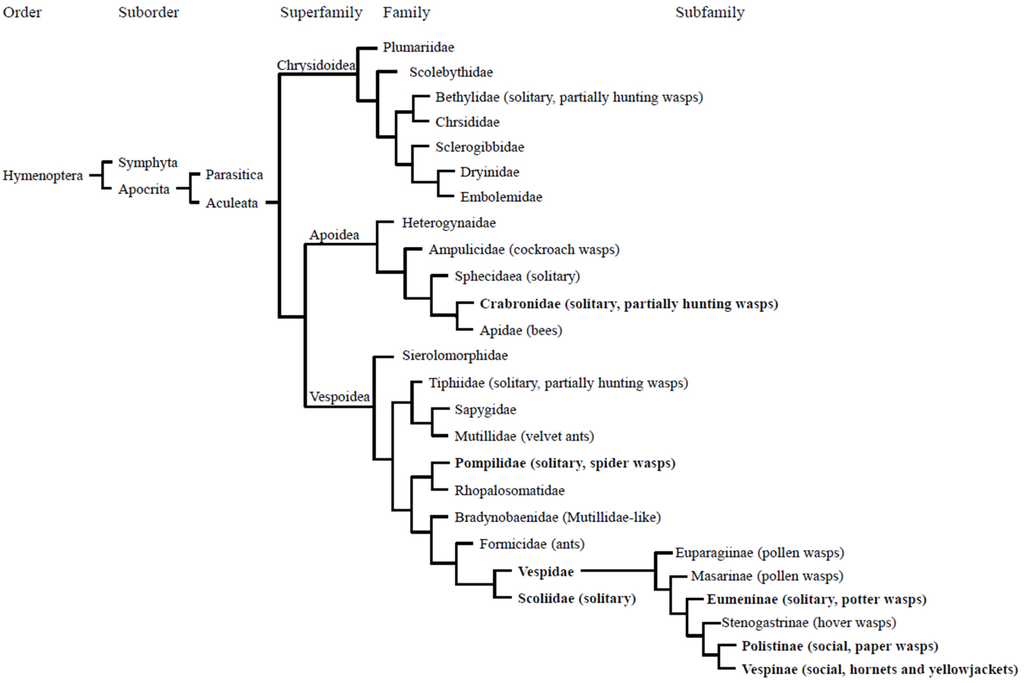