Whether through the vitamin K-dependent proteins or the individual K vitamers, vitamin K (VK) is associated with a number of age-related conditions (e.g., osteoporosis, atherosclerosis, insulin resistance, cognitive decline). In light of this, we investigated the influence of lifetime dietary VK exposure on the tissue distribution of phylloquinone (K1) and menaquinone-4 (MK-4) vitamers in 3-, 12- and 22-month-old male and female rats fed different K1 diets since weaning or subjected to a 40% calorie restricted diet (CR) since adulthood. Dietary K1 intakes around the minimal amount required for normal blood coagulation had no significant influence on body weights of both male and female rats at different life stages. Tissue contents of the K vitamers differed according to organs, were generally higher in females than in males, and increased with K1 intake. The MK-4/total VK ratios tended to be increased in old age possibly reflecting an increased physiological demand for MK-4 during aging. Our study also confirmed the greater susceptibility of male rats to low VK containing diet, notably at a younger age. Despite lifelong higher K1 intakes per unit body weight, tissue K1 and MK-4 contents at 20 months were generally lower in CR rats compared to their ad libitum (AL) counterparts. Whether the lower tissue MK-4 content is the result of lower synthesis from K1 or greater tissue utilization remains to be determined. However, the more youthful coagulation profile observed in old CR rats (vs. AL rats) tends to support the notion that CR is associated with greater utilization of the K vitamers to sustain physiological functions. View Full-Text
Keywords: phylloquinone; menaquinone-4; tissue distribution; sex; age; diet; caloric restriction phylloquinone; menaquinone-4; tissue distribution; sex; age; diet; caloric restriction
►▼ Show Figures 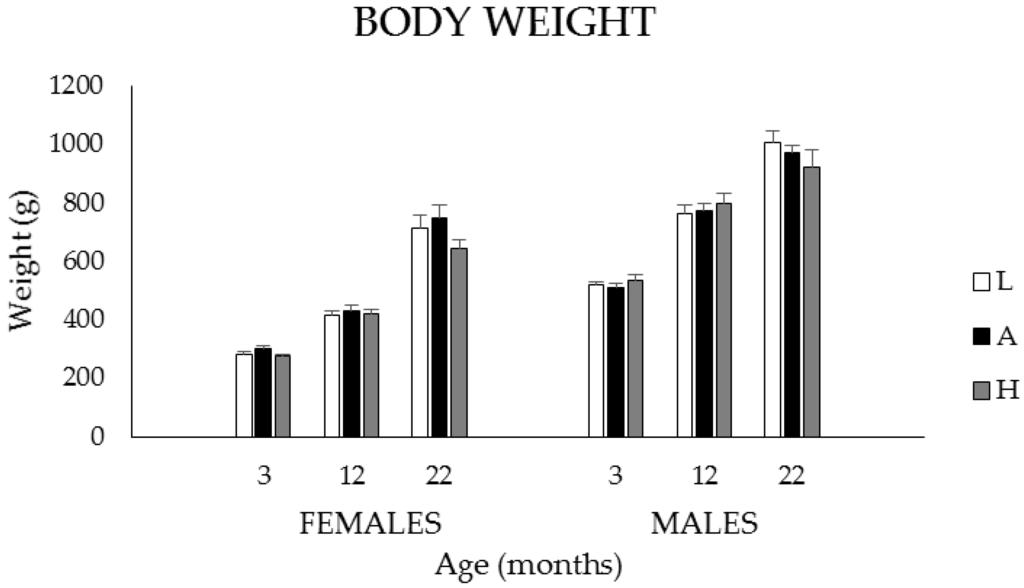