Metformin Lowers Serum Cobalamin without Changing Other Markers of Cobalamin Status: A Study on Women with Polycystic Ovary Syndrome

Treatment with the anti-diabetic drug metformin is followed by a decline in plasma cobalamin, but it is unsettled whether this denotes an impaired cobalamin status. This study has explored changes in the markers of cobalamin status in women with Polycystic Ovary Syndrome treated with metformin (1.5–2.5 g per day) (n = 29) or placebo (n = 23) for six months. Serum samples were collected before and after two, four, and six months of treatment. We found serum cobalamin to decline and reach significant lower levels after six months of treatment (p = 0.003). Despite the decline in serum cobalamin, we observed no reductions in the physiological active part of cobalamin bound to transcobalamin (holotranscobalamin), or increase in the metabolic marker of cobalamin status, methylmalonic acid. Instead, the non-functional part of circulating cobalamin bound to haptocorrin declined (p = 0.0009). Our results have two implications: The data questions whether metformin treatment induces an impaired cobalamin status in PCOS patients, and further suggests that serum cobalamin is a futile marker for judging cobalamin status in metformin-treated patients. View Full-Text
Keywords: vitamin B12; cobalamin; metformin; Polycystic Ovary Syndrome; haptocorrin; holotranscobalamin vitamin B12; cobalamin; metformin; Polycystic Ovary Syndrome; haptocorrin; holotranscobalamin
►▼ Show Figures 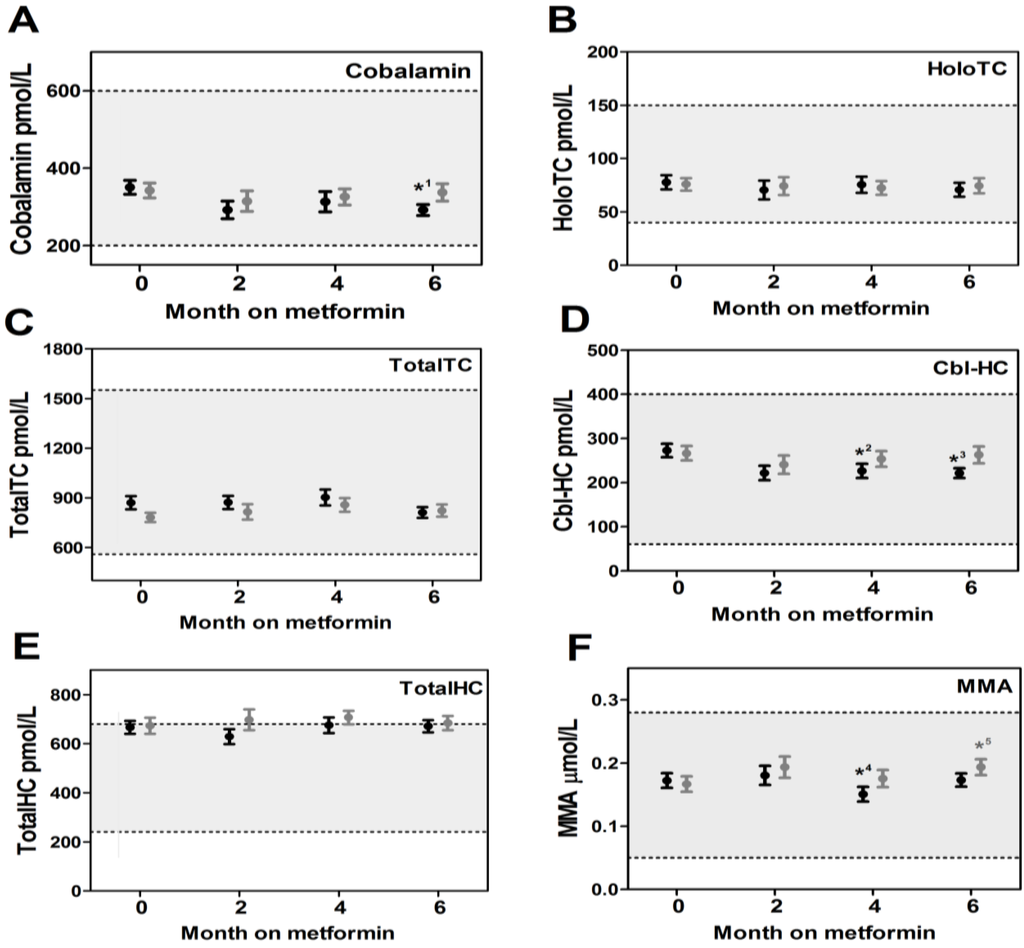