Risk Perceptions and Flood Insurance: Insights from Homeowners on the Georgia Coast

As a consequence of the COVID-19 pandemic, the Spanish government declared a State of Emergency, and domestic passenger ship traffic was restricted in Spanish ports. This manuscript presents scenarios of emissions from domestic shipping traffic in the seas of the Strait of Gibraltar (Spain) over three months of the COVID-19 pandemic. Emissions were estimated for only 90 days of the pandemic, and two scenarios were studied: emissions while vessels were berthed at the Algeciras Port and emissions as a consequence of the interruption of passenger ship transportation in the Strait of Gibraltar. To this end, the authors’ own model was used, which has near zero uncertainties. This model was used for the first time in this study and takes into account both meteorological and sea condition parameters, as well as the efficiency of the propulsion system. The manuscript concentrates on the emissions of greenhouse gases (GHGs), nitrogen oxides (NOx), sulphur oxides (SOx), carbon dioxide (CO2), and particulate matter (PM) from six Ro-Pax ships that ceased to operate. The main finding is that as a consequence of the pandemic, reductions of up to 12% were found in the Strait of Gibraltar in all the pollutants and GHGs when taking into account all international traffic, while the decrease in emissions from domestic traffic only reached 51%. View Full-Text
Keywords: shipping emissions; greenhouse gases; Strait of Gibraltar; COVID-19; SENEM model shipping emissions; greenhouse gases; Strait of Gibraltar; COVID-19; SENEM model
►▼ Show Figures 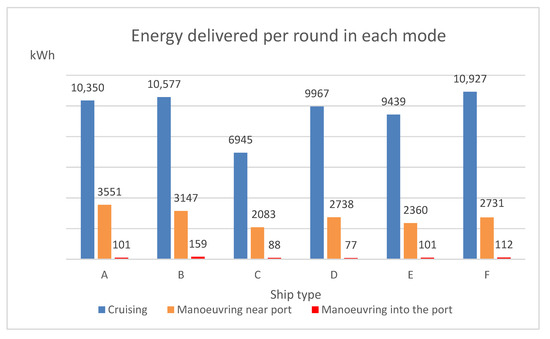