A Path Transition Towards a Bioeconomy—The Crucial Role of Sustainability

This paper explores how urbanization processes, since the 1950s, affected forested areas in the Mazowiecki Landscape Park and determines if these processes resulted in a significant reduction of forest. Spatial analyses, which were used to generate very detailed data on the area of forests, agricultural land, and development areas, were carried out, and the spatial directions of the changes were determined. The results indicate that, in comparison to the 1950s, in the 1990s, the forest area did not decrease, but, in fact, increased, despite a significant increase in the development area, both in the present area of the park and in its buffer zone. This was due to the fact that new buildings were constructed in mainly agricultural areas. At the same time, intensive afforestation of weak soils, mainly inland dunes, was carried out in this area. Comparing the current period to the 1990s, further dynamic growth of the development area can be observed, especially in the park’s protective zone, with a simultaneous decrease in the forest area and agricultural land. View Full-Text
Keywords: urbanization; forest; spatial planning urbanization; forest; spatial planning
►▼ Show Figures 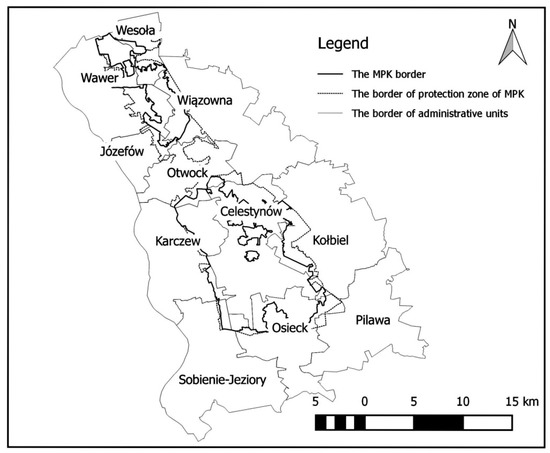