From Culture 1.0 to Culture 3.0: Three Socio-Technical Regimes of Social and Economic Value Creation through Culture, and Their Impact on European Cohesion Policies
Previous Article in Journal

Sustainable Consumer Behaviour in the Market of Cultural Services in Central European Countries: The Example of Poland

In the second decade of the 21st century, in the developed countries of Central Europe, we can observe the transfer of free time to consumption, including the consumption of cultural services. This change, however, has led to some disturbances in the consumption of cultural services. Disturbances, which in particular relate to the sphere of needs, the sphere of the means of meeting needs and, finally, the sphere of consumer behaviour; for example, in relation to transport. In this article, most of the attention was devoted to the last category of disturbances (the sphere of consumer behaviour) and specifically concerned the culture service customers’ choice of means of transport to a specific cultural event. The research carried out by the authors shows that the most popular means of transport used on the way to a symphonic concert held in Katowice is still one’s own car. This applies to both residents of the city of Katowice, who could easily get to the concert using public transport (bus, tram) or on foot, as well as people from outside Katowice (who, as the research shows, very rarely use Katowice’s extensive rail network and well-developed intercity bus service). Thus, it has been proved that despite various legal regulations conducive to sustainable consumption, the majority of Polish consumers of cultural services in the analysed area of consumer behaviour do not follow this concept. The article opens with a review of the literature on free time and the sustainable consumption of cultural services. The next part of the study presents the results and conclusions of research conducted on a group of 515 consumers of philharmonic services. The last part of the article discusses the results obtained and indicates the existing management implications. View Full-Text
Keywords: sustainable consumption; cultural services; cultural institutions; philharmony; Katowice sustainable consumption; cultural services; cultural institutions; philharmony; Katowice
►▼ Show Figures 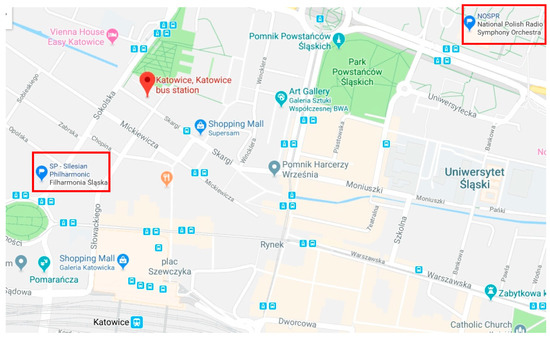