Defining the Enterovirus Diversity Landscape of a Fecal Sample: A Methodological Challenge?
Next Article in Special Issue

Rhinoviruses and Respiratory Enteroviruses: Not as Simple as ABC
Previous Article in Special Issue

Recently, a large number of new technologies have been developed that exploit the unique properties of bacteriophage receptor binding proteins (RBPs). These include their use in diagnostic applications that selectively capture bacteria and as therapeutics that reduce bacterial colonization in vivo. RBPs exhibit comparable, and in many cases superior, stability, receptor specificity, and affinity to other carbohydrate binding proteins such as antibodies or lectins. In order to further exploit the use of RBPs, we have developed an assay for discovering RBPs using phage genome expression libraries and protein screens to identify binding partners that recognize the host bacterium. When phage P22 was screened using this assay, Gp9 was the only RBP discovered, confirming previous predictions that this is the sole RBP encoded by this phage. We then examined the Escherichia coli O157:H7 typing phage 1 in our assay and identified a previously undescribed RBP. This general approach has the potential to assist in the identification of RBPs from other bacteriophages. View Full-Text
Keywords: bacteriophage receptor binding protein; Tailspike protein; expression library screen bacteriophage receptor binding protein; Tailspike protein; expression library screen
►▼ Show Figures 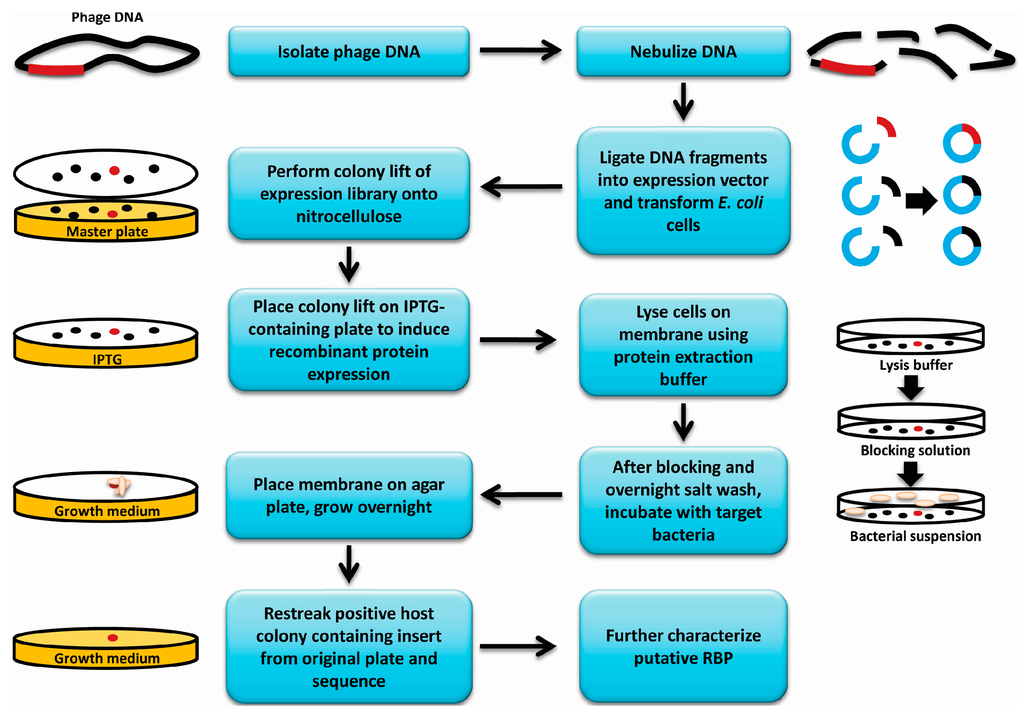