Live biotherapeutic products (LBPs), commonly referred to as probiotics, are typically preparations of live bacteria, such as Lactobacillus and Bifidobacterium species that are considered normal human commensals. Popular interest in probiotics has been increasing with general health benefits being attributed to their consumption, but there is also growing interest in evaluating such products for treatment of specific diseases. While over-the-counter probiotics are generally viewed as very safe, at least in healthy individuals, it must be remembered that clinical studies to assess these products may be done in individuals whose defenses are compromised, such as through a disease process, immunosuppressive clinical treatment, or an immature or aging immune system. One of the major safety criteria for LBPs used in clinical studies is microbial purity, i.e., the absence of extraneous, undesirable microorganisms. The main goal of this project is to develop recombinant phage lysins as reagents for improved purity assays for LBPs. Phage lysins are hydrolytic enzymes containing a cell binding domain that provides specificity and a catalytic domain responsible for lysis and killing. Our approach is to use recombinant phage lysins to selectively kill target product bacteria, which when used for purity assays will allow for outgrowth of potential contaminants under non-selective conditions, thus allowing an unbiased assessment of the presence of contaminants. To develop our approach, we used LysA2, a phage lysin with reported activity against a broad range of Lactobacillus species. We report the lytic profile of a non-tagged recombinant LysA2 against Lactobacillus strains in our collection. We also present a proof-of-concept experiment, showing that addition of partially purified LysA2 to a culture of Lactobacillus jensenii (L. jensenii) spiked with low numbers of Escherichia coli (E. coli) or Staphylococcus aureus (S. aureus ) effectively eliminates or knocks down L. jensenii, allowing for clear detection of the contaminating strains. With continued identification and characterization of phage lysins, we hope that the use of recombinant phage lysins in purity assays for products containing live microbials may offer additional tools to help advance product development of LBPs. View Full-Text
Keywords: endolysin; live biotherapeutic product; probiotics; purity assay; phage lysins; LysA2; Lactobacillus endolysin; live biotherapeutic product; probiotics; purity assay; phage lysins; LysA2; Lactobacillus
►▼ Show Figures 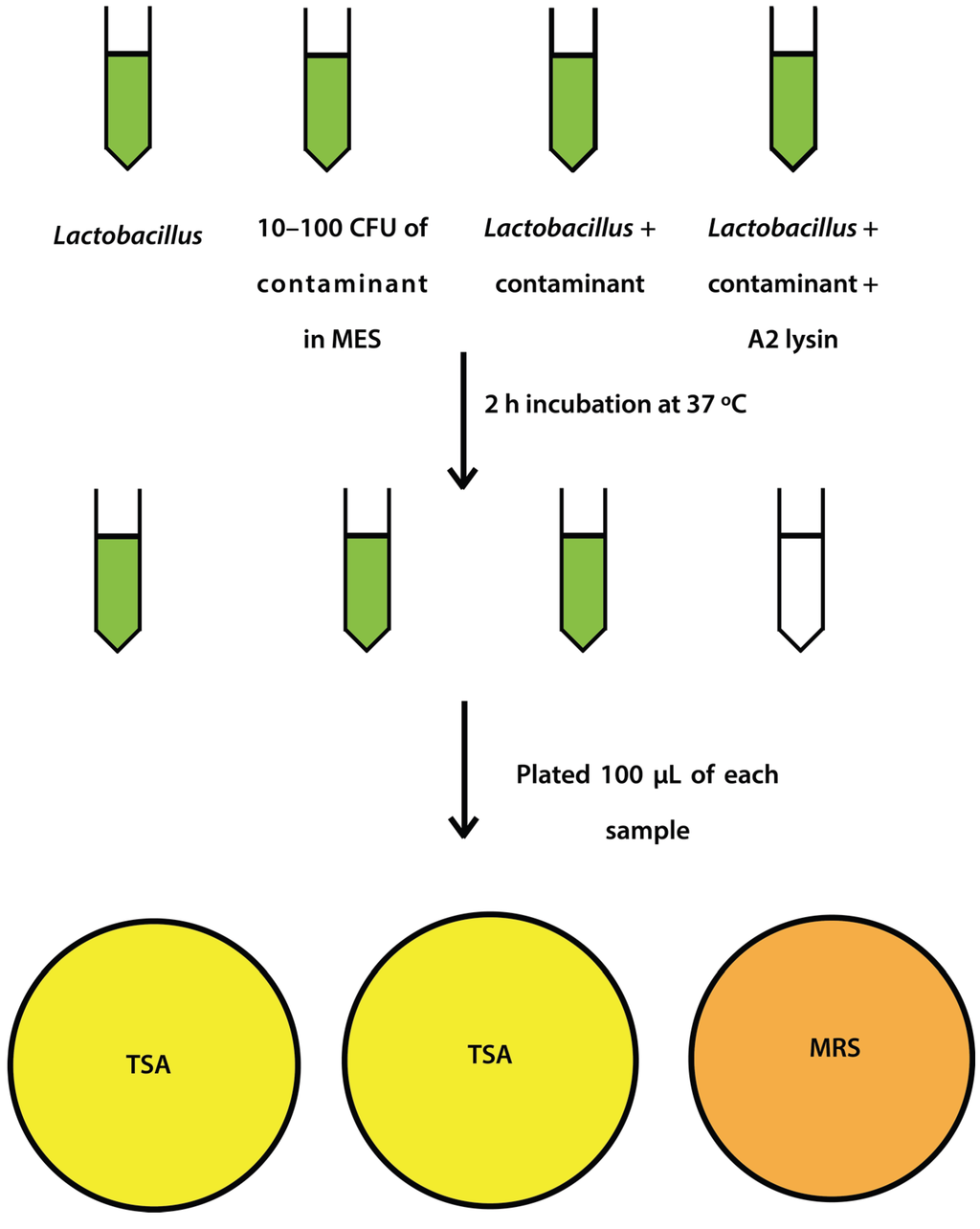