Porcine endogenous retroviruses (PERVs) are integrated in the genome of pigs and are transmitted like cellular genes from parents to the offspring. Whereas PERV-A and PERV-B are present in all pigs, PERV-C was found to be in many, but not all pigs. When PERV-C is present, recombination with PERV-A may happen and the PERV-A/C recombinants are characterized by a high replication rate. Until now, nothing has been known about the copy number of PERVs in wild boars and little is known about the prevalence of the phylogenetically youngest PERV-C in ancient wild boars. Here we investigated for the first time the copy number of PERVs in different populations of wild boars in and around Berlin using droplet digital PCR. Copy numbers between 3 and 69 per genome have been measured. A lower number but a higher variability was found compared to domestic pigs, including minipigs reported earlier (Fiebig et al., Xenotransplantation, 2018). The wild boar populations differed genetically and had been isolated during the existence of the Berlin wall. Despite this, the variations in copy number were larger in a single population compared to the differences between the populations. PERV-C was found in all 92 analyzed animals. Differences in the copy number of PERV in different organs of a single wild boar indicate that PERVs are also active in wild boars, replicating and infecting new cells as has been shown in domestic pigs. View Full-Text
Keywords: porcine endogenous retroviruses (PERV); wild boars; copy number; PERV-C porcine endogenous retroviruses (PERV); wild boars; copy number; PERV-C
►▼ Show Figures 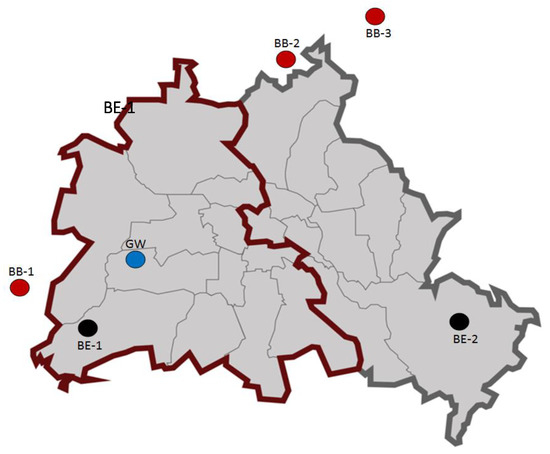