Effects of Lakes on Wildfire Activity in the Boreal Forests of Saskatchewan, Canada
Previous Article in Special Issue

To verify the acclimation capacity of evergreen Fagaceae species on calcareous soil, we compared ecophysiological traits between Quercus glauca Thunb., Q. salicina Blume, Q. myrsinaefolia Blume, and Castanopsis cuspidata (Thunb.) Schottky as typical woody species from southwestern Japan. We also examined the inoculation effects of the ectomycorrhizal (ECM) fungi Astraeus hygrometricus and Scleroderma citrinum, and planted seedlings in calcareous soil collected from a limestone quarry. We measured growth, ectomycorrhizal colonization, photosynthetic rate, and concentrations of nutrients in plant organs for A. hygrometricus-inoculated, S. citrinum-inoculated, and non-ECM seedlings. Six months after planting on calcareous soil, seedlings of the three Quercus species inoculated with A. hygrometricus were larger than non-ECM seedlings, especially Q. salicina, which showed the greatest increase in dry mass. The dry mass of C. cuspidata seedlings was inferior to that of the three Quercus species. In the nutrient-uptake analysis, phosphorus, manganese, and iron uptakes were suppressed in calcareous soil for each Fagaceae species. However, seedlings of Fagaceae species that showed better growth had increased concentrations of phosphorus in roots. We concluded that seedlings of Q. salicina and Q. glauca inoculated with A. hygrometricus were best suited to calcareous soil and were considered as useful species for the reforestation in limestone quarries. View Full-Text
Keywords: oak; ectomycorrhizal fungi; limestone; photosynthetic capacity; nutrient physiology oak; ectomycorrhizal fungi; limestone; photosynthetic capacity; nutrient physiology
►▼ Show Figures 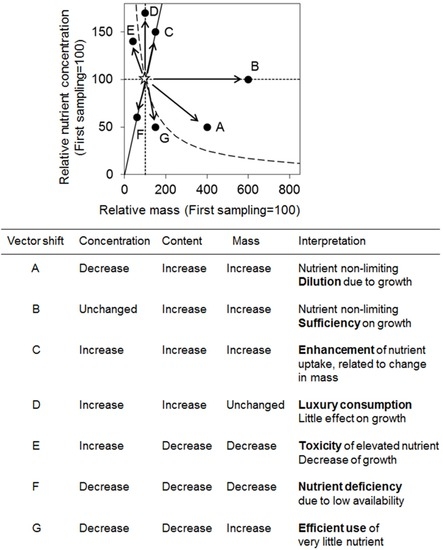