Chewing up the Wood-Wide Web: Selective Grazing on Ectomycorrhizal Fungi by Collembola

The depletion of root-available calcium in northern forests soils exposed to decades of increased acid deposition adversely affects forest health and productivity. Laboratory studies indicated the potential of wood-decay fungi to restore lost calcium to the rooting zone of trees. This study reports changes in concentrations of Ca, Mg, and K during decay of sapwood of spruce, maple, hemlock, and birch at two locations in northern New England, USA. Concentrations of exchangeable Ca, Mg, and Al in decayed wood residues after 10 and 12 years of ground contact were also compared. Significant loss of mass indicated by decreasing wood density occurred after two to eight years in conifers and after only two years in hardwoods. A significant gain in wood K was observed at two years, but the gain was not sustained. A significant gain in Ca concentration occurred by six years and that gain was sustained for 12 years. Concentrations of Mg varied. No significant difference in exchangeable Ca concentration was observed between decayed wood residue of spruce and maple and the forest floor. However, decayed wood residue had a much lower molar Al/Ca ratio, a conditional characteristic of sites with high root-available Ca. View Full-Text
Keywords: wood decay; forest biogeochemistry; base cation cycling wood decay; forest biogeochemistry; base cation cycling
►▼ Show Figures 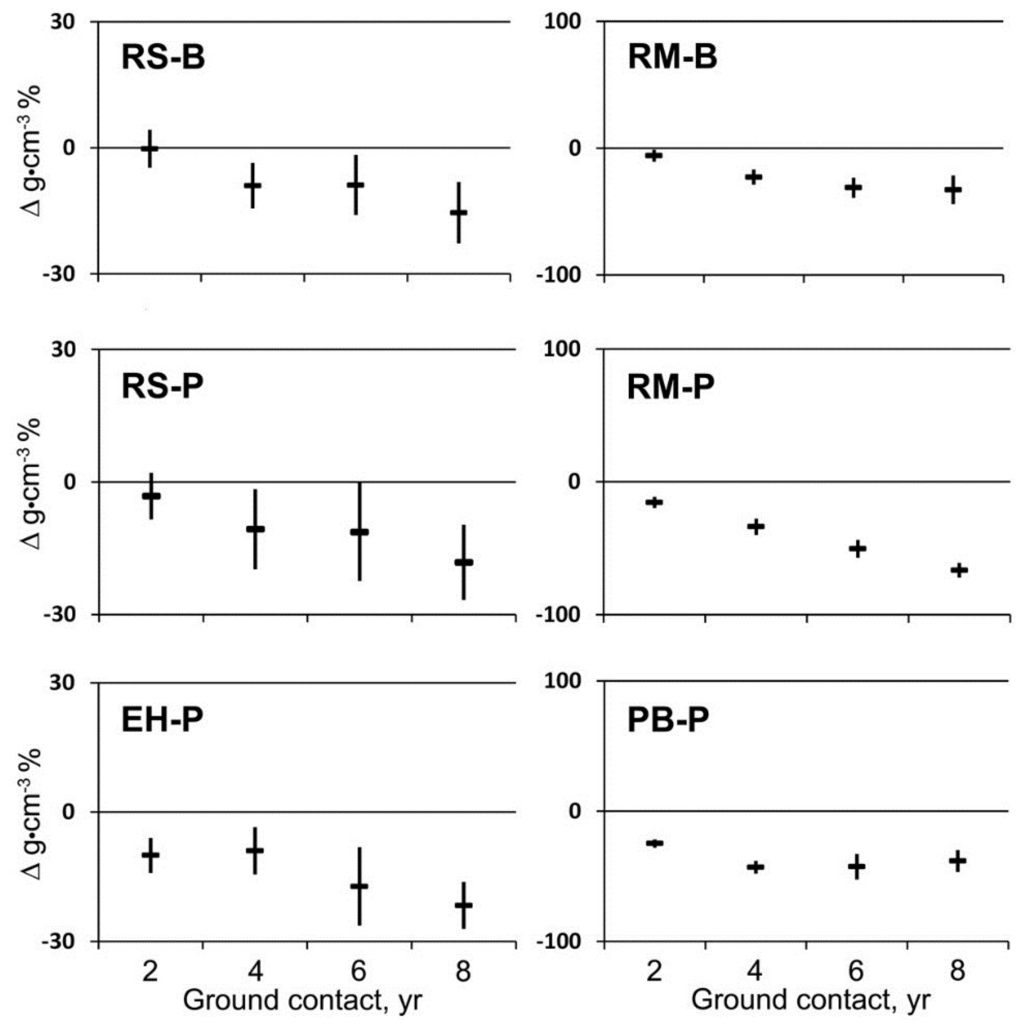