Chewing up the Wood-Wide Web: Selective Grazing on Ectomycorrhizal Fungi by Collembola

The mycelia of some symbiotic ectomycorrhizal fungi form extensive networks—the so called “wood-wide web”—that have key roles in biogeochemical cycling. By interacting with myriad soil organisms such as collembola, the fungi directly affect the functioning of above- and below-ground multitrophic interactions in ecosystems. Here we tested whether the grazing activities of collembola affected the growth of ectomycorrhizal fungi in single or mixed species axenic cultures, and their impact on ectomycorrhizal diversity in litterbags in the field. We also used 14CO2 pulse-labelling to test the effects of collembola on respiratory losses of recent plant assimilate from external mycelium of ectomycorrhizal fungi in symbiosis with Scots pine or birch. We found that the effects of collembola varied across species, and caused a significant reduction in the amount of 14CO2 released from external mycorrhizal mycelium from three of the eight species combinations but increased it in one. Selective grazing also significantly affected the community structure of ectomycorrhizal fungi. Our findings demonstrate the importance of collembola in regulating ectomycorrhizal fungal diversity and activity and below-ground pathways of carbon flow. View Full-Text
Keywords: biodiversity; soil invertebrates; multitrophic interactions; carbon turnover; selective grazing; pulse-labelling; 14CO2 biodiversity; soil invertebrates; multitrophic interactions; carbon turnover; selective grazing; pulse-labelling; 14CO2
►▼ Show Figures 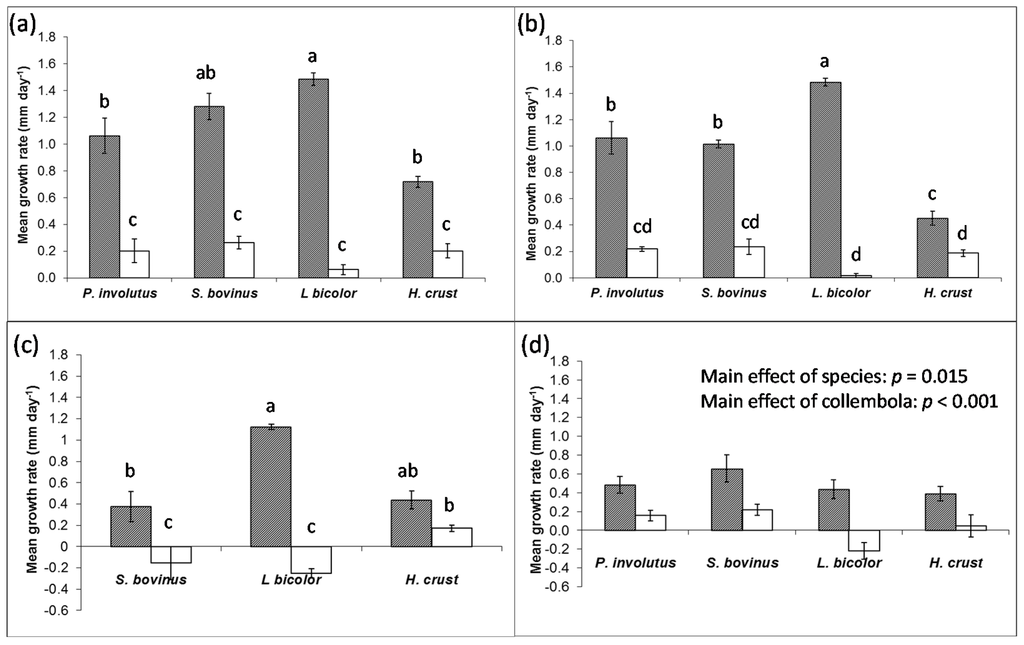