Does Ozone Alter the Attractiveness of Japanese White Birch Leaves to the Leaf Beetle Agelastica coerulea via Changes in Biogenic Volatile Organic Compounds (BVOCs): An Examination with the Y-Tube Test 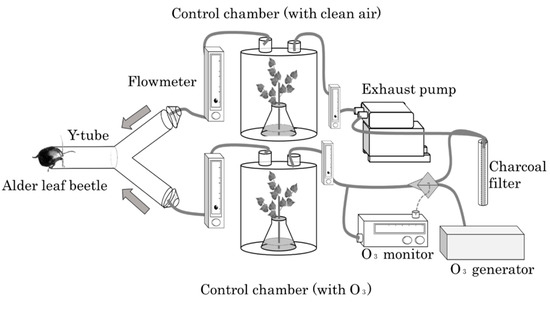