This paper aims to study the mechanical behaviour and failure mode of Al 2024-T3 in double-lap bolted joints. To accomplish this, the effect of geometric parameters was investigated in both configurations of single and double fasteners. Using ABAQUS/Standard, a three-dimensional finite element model was developed and verified against the experimental results of the joints loaded in tension. In general, double bolt joints were found to have greater load carrying capacities than single bolt joints (by 40%–49%). In single bolt joints, the plate width had insignificant effect on the behaviour of the joint under tensile loading; whereas, increasing the distance of the hole from the edge, considerably enhanced the strength of the joint. In double bolt joints, changing the edge distance had almost no effect on the behaviour of the joint. However, increasing the plate width from 25.4 to 30 mm increased the load carrying capacity by 28%. This study showed that in single bolt connections, with increasing the edge distance, the failure mode can favourably shift from shear-out to bearing. Also, double bolt joints with wider plates (increased width) can beneficially shift the failure mode from net-tension to bearing. The geometric parameters were found to play an important role in controlling the failure mode so that catastrophic failure modes of net-tension and shear-out can be prevented in bolted joint. View Full-Text
Keywords: aluminium alloys; mechanically fastened joints; failure mode; finite element analysis aluminium alloys; mechanically fastened joints; failure mode; finite element analysis
►▼ Show Figures 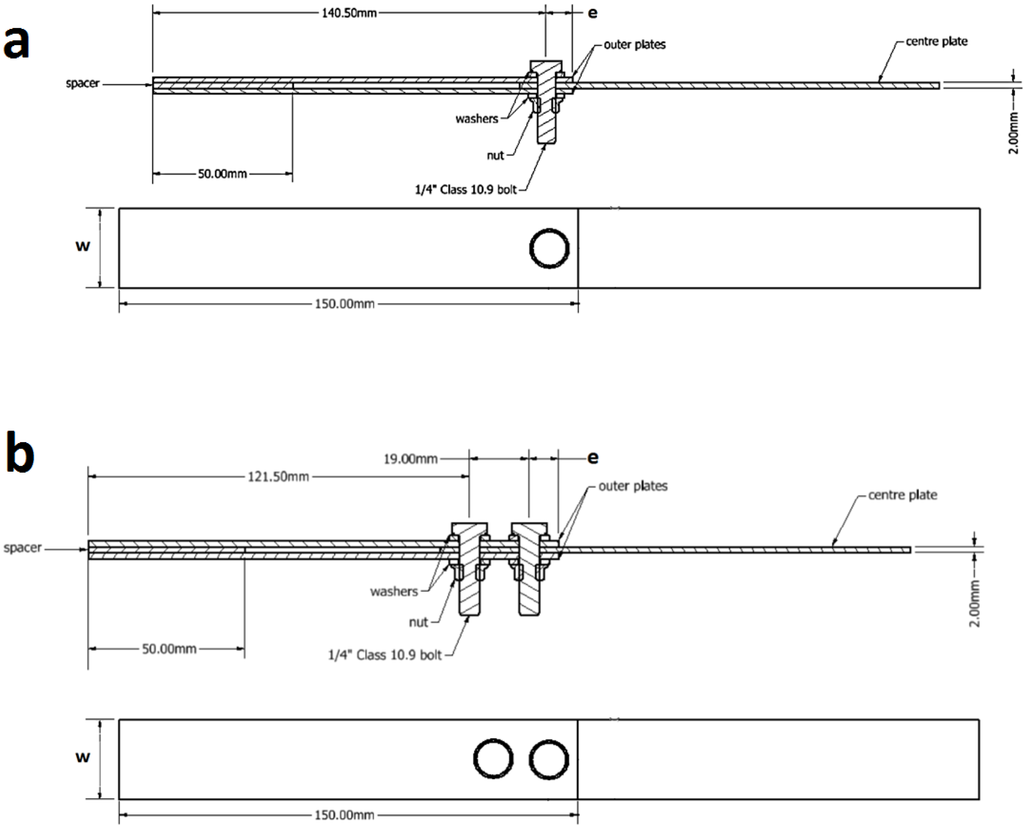