Internal Force Response of a Pile in an Inhomogeneous Temperature Field

The main parameters evaluated with a conventional thermal response test (TRT) are the subsurface thermal conductivity surrounding the borehole and the effective borehole thermal resistance, when averaging the inlet and outlet temperature of a ground heat exchanger with the arithmetic mean. This effective resistance depends on two resistances: the 2D borehole resistance (Rb) and the 2D internal resistance (Ra) which is associated to the short-circuit effect between pipes in the borehole. This paper presents a field method to evaluate these two components separately. Two approaches are proposed. In the first case, the temperature at the bottom of the borehole is measured at the same time as the inlet and outlet temperatures as done in a conventional TRT. In the second case, different flow rates are used during the experiment to infer the internal resistance. Both approaches assumed a predefined temperature profile inside the borehole. The methods were applied to real experimental tests and compared with numerical simulations. Interesting results were found by comparison with theoretical resistances calculated with the multipole method. The motivation for this work is evidenced by analyzing the impact of the internal resistance on a typical geothermal system design. It is shown to be important to know both resistance components to predict the variation of the effective resistance when the flow rate and the height of the boreholes are changed during the design process. View Full-Text
Keywords: geothermal; heat pumps; thermal response tests; ground heat exchangers; borehole resistances geothermal; heat pumps; thermal response tests; ground heat exchangers; borehole resistances
►▼ Show Figures 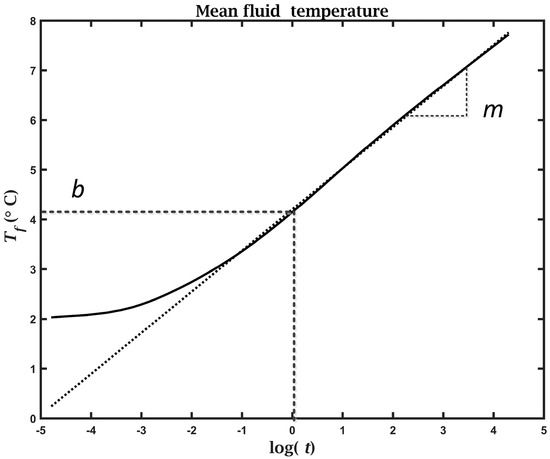