With the rise and popularization of the concept of green sustainable development, green income growth of agricultural insurance policies has attracted wide attention. Whether green income growth can be achieved has become an important criterion for measuring an agricultural insurance policy. In this context, this paper attempts to test whether the agricultural insurance policy achieves green income growth. Based on the panel data of 31 provinces (the research sample of this paper selects 31 provincial-level units (province for short) in China, including 22 provinces, 5 autonomous regions and 4 municipalities directly under the central government. Hong Kong Special Administrative Region, Macau Special Administrative Region and Taiwan Province are not included in the research sample) from 2009 to 2020 in China, this paper empirically evaluates the triple-effect of total cost insurance pilot program (TCI) on farmers’ income, environment and public health by employing a difference-in-difference model (DID). The results show that TCI increases farmers’ income, but deteriorates the environment and residents’ health without achieving green income growth. In the analysis of heterogeneity, compared with central and western regions, farmers’ income is more likely to increase in the eastern regions. However, environmental pollution is more severe, and residents’ health deteriorates more, in eastern regions. In addition, the positive effect of TCI on farmers’ income and the deterioration of residents’ health is more obvious in areas with a higher degree of damage, while the negative effect of TCI on the environment is more obvious in areas with a lower degree of damage. Furthermore, the mechanism analysis shows that TCI not only promotes the increase in farmers’ income through insurance density, but also affects the environment and residents’ health through straw burning. Therefore, the government should raise the subsidy standard for farmers to use straw-processing equipment and also to implement differentiated subsidies in regions with different levels of economic development and areas with different degrees of damage. View Full-Text
Keywords: total cost insurance; green income growth; environmental pollution; public health; difference-in-difference model total cost insurance; green income growth; environmental pollution; public health; difference-in-difference model
►▼ Show Figures 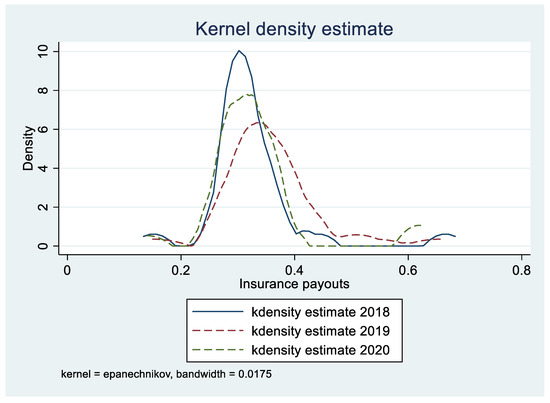 Qingzhi Liu
Liu Qingzhi graduated from Shandong University of Science and Technology (SDUST) in 2006 with a master’s degree in Industrial Engineering. At present, he is the dean and professor at the College of Finance and Economics of SDUST, and the reviewer of National Social Science Fund Project. He has published 3 academic works and more than 30 academic papers in core journals, and some are indexed by SCI and CSSCI. He has presided over or participated in more than 20 scientific research projects at the provincial and municipal level and above, and he has won more than 10 research awards at bureau level and above. His research interests are accounting theory and practice and also regional economy.
Zoom | Orient | As Lines | As Sticks | As Cartoon | As Surface | Previous Scene | Next Scene
We use cookies on our website to ensure you get the best experience. Read more about our cookies here.
Accept
We have just recently launched a new version of our website. Help us to further improve by taking part in this short 5 minute survey here. here.
Never show this again