Sociodemographic and Built Environment Associates of Travel to School by Car among New Zealand Adolescents: Meta-Analysis
Next Article in Special Issue

New Insights into Mechanisms of Endocrine-Disrupting Chemicals in Thyroid Diseases: The Epigenetic Way

Is the Increasing Incidence of Thyroid Cancer in the Nordic Countries Caused by Use of Mobile Phones? 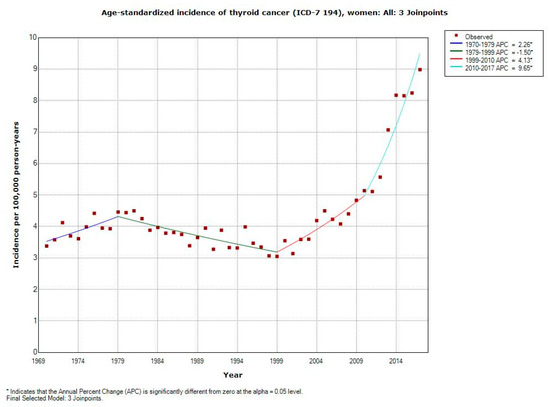 
Carlberg, Michael, Tarmo Koppel, Lena K. Hedendahl, and Lennart Hardell. 2020. "Is the Increasing Incidence of Thyroid Cancer in the Nordic Countries Caused by Use of Mobile Phones?" International Journal of Environmental Research and Public Health 17, no. 23: 9129. https://doi.org/10.3390/ijerph17239129