COVID-19 Pandemic: Knowledge and Attitudes in Public Markets in the Former Katanga Province of the Democratic Republic of Congo
Next Article in Special Issue

Incidence and Determinants of Caesarean Section in Shiraz, Iran

Association between Anemia and Stroke in Females: A Nationwide, Population-Based Cohort Study in Taiwan 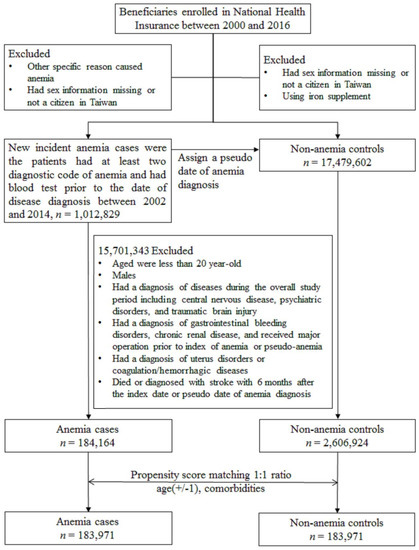