Melkersson–Rosenthal Syndrome in Childhood: Report of Three Paediatric Cases and a Review of the Literature
Previous Article in Journal

Differences in Eye Health, Access to Eye Care Specialists and Use of Lenses among Immigrant and Native-Born Workers in Spain

Anemia is a public health issue for developing countries, especially for women of childbearing age. The aim of this study was to assess the anemia status and analyze the risk factors for anemia in Chinese childbearing women aged 18–49 years. Hemoglobin concentration was measured by the HiCN method in the Fifth Chinese National Nutrition and Health Survey (CNNHS) in 2010–2012. Age, region type, ethnicity, bodyweight, height, education, season and smoke habit were recorded in unified questionnaires. Latitude was divided by China’s Qinling Mountains and Huaihe River. Childbearing women (28,289) from the CNNHS 2010–2012 were included in this study. The median hemoglobin concentration was 136.2(126.6–145.0) g/L, and it was significantly higher than in CNNHS 2002 (132.5 (122.3–141.6) g/L). The prevalence of anemia was 15.0%, and it was significantly lower than 10 years ago. The logistic regression analysis showed anemia in Chinese childbearing women was specifically related to 30–39 age group (P = 0.004), in spring (P < 0.0001) or in winter (P = 0.006), small and medium-sized cities (P = 0.044) and middle school education level (P = 0.027). The results showed that anemia status among childbearing women was greatly improved over 10 years since 2002, but it was still more severe than the rest of the populations. The nutrition propaganda and education is recommended for childbearing women to help them to improve the nutritional status on their own. View Full-Text
Keywords: anemia; hemoglobin; childbearing women; China anemia; hemoglobin; childbearing women; China
►▼ Show Figures 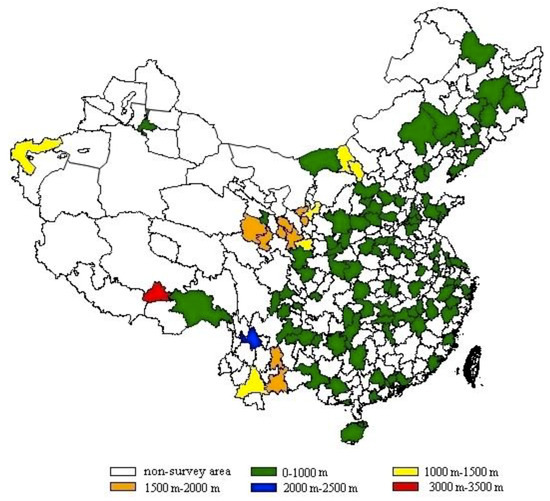