Contamination and Spatial Variation of Heavy Metals in the Soil-Rice System in Nanxun County, Southeastern China
Next Article in Special Issue

Multiple Myeloma and Glyphosate Use: A Re-Analysis of US Agricultural Health Study (AHS) Data
Previous Article in Special Issue

Compared with temperate areas, the understanding of seasonal variations of influenza infections is lacking in subtropical and tropical regions. Insufficient information about viral activity increases the difficulty of forecasting the disease burden and thus hampers official preparation efforts. Here we identified potential meteorological factors that drove the seasonal variations in influenza infections in a subtropical city, Hong Kong. We fitted the meteorological data and influenza mortality data from 2002 to 2009 in a Susceptible-Infected-Recovered model. From the results, air temperature was a common significant driver of seasonal patterns and cold temperature was associated with an increase in transmission intensity for most of the influenza epidemics. Except 2004, the fitted models with significant meteorological factors could account for more than 10% of the variance in additional to the null model. Rainfall was also found to be a significant driver of seasonal influenza, although results were less robust. The identified meteorological indicators could alert officials to take appropriate control measures for influenza epidemics, such as enhancing vaccination activities before cold seasons. Further studies are required to fully justify the associations. View Full-Text
Keywords: temperature; influenza; seasonality; transmission rate; epidemic; SIR model temperature; influenza; seasonality; transmission rate; epidemic; SIR model
►▼ Show Figures 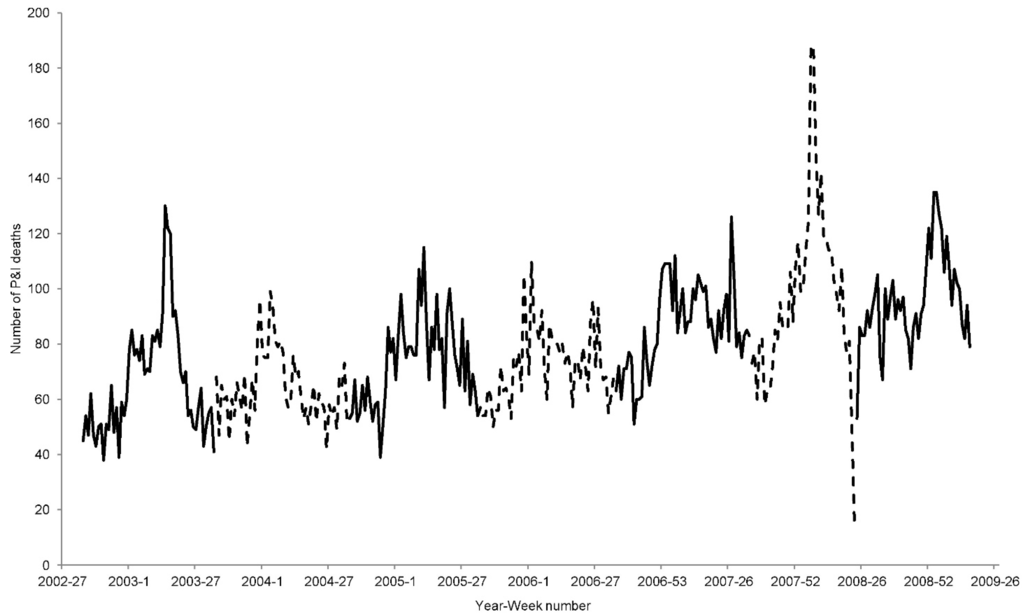