Marine Bioactive Peptides—An Overview of Generation, Structure and Application with a Focus on Food Sources
Next Article in Special Issue

Carotenoids are natural fat-soluble pigments synthesized by plants, algae, fungi and microorganisms. They are responsible for the coloration of different photosynthetic organisms. Although they play a role in photosynthesis, they are also present in non-photosynthetic plant tissues, fungi, and bacteria. These metabolites have mainly been used in food, cosmetics, and the pharmaceutical industry. In addition to their utilization as pigmentation, they have significant therapeutically applications, such as improving immune system and preventing neurodegenerative diseases. Primarily, they have attracted attention due to their antioxidant activity. Several statistical investigations indicated an association between the use of carotenoids in diets and a decreased incidence of cancer types, suggesting the antioxidant properties of these compounds as an important factor in the scope of the studies against oxidative stress. Unusual marine environments are associated with a great chemical diversity, resulting in novel bioactive molecules. Thus, marine organisms may represent an important source of novel biologically active substances for the development of therapeutics. Marine carotenoids (astaxanthin, fucoxanthin, β-carotene, lutein but also the rare siphonaxanthin, sioxanthin, and myxol) have recently shown antioxidant properties in reducing oxidative stress markers. Numerous of bioactive compounds such as marine carotenoids have low stability, are poorly absorbed, and own very limited bioavailability. The new technique is nanoencapsulation, which can be used to preserve marine carotenoids and their original properties during processing, storage, improve their physiochemical properties and increase their health-promoting effects. This review aims to describe the role of marine carotenoids, their potential applications and different types of advanced nanoformulations preventing and treating oxidative stress related disorders. View Full-Text
Keywords: bioavailability; carotenoids; marine; nanoformulation; oxidative stress; reactive oxygen species bioavailability; carotenoids; marine; nanoformulation; oxidative stress; reactive oxygen species
►▼ Show Figures 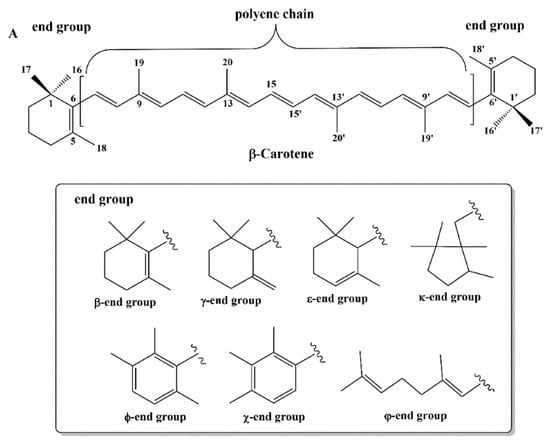