Owing to the increased public interest in passive brain–computer interface (pBCI) applications, many wearable devices for capturing electroencephalogram (EEG) signals in daily life have recently been released on the market. However, there exists no well-established criterion to determine the electrode configuration for such devices. Herein, an overall procedure is proposed to determine the optimal electrode configurations of wearable EEG devices that yield the optimal performance for intended pBCI applications. We utilized two EEG datasets recorded in different experiments designed to modulate emotional or attentional states. Emotion-specialized EEG headsets were designed to maximize the accuracy of classification of different emotional states using the emotion-associated EEG dataset, and attention-specialized EEG headsets were designed to maximize the temporal correlation between the EEG index and the behavioral attention index. General purpose electrode configurations were designed to maximize the overall performance in both applications for different numbers of electrodes (2, 4, 6, and 8). The performance was then compared with that of existing wearable EEG devices. Simulations indicated that the proposed electrode configurations allowed for more accurate estimation of the users’ emotional and attentional states than the conventional electrode configurations, suggesting that wearable EEG devices should be designed according to the well-established EEG datasets associated with the target pBCI applications. View Full-Text
Keywords: wearable EEG device; passive brain–computer interface; electroencephalography; affective computing wearable EEG device; passive brain–computer interface; electroencephalography; affective computing
►▼ Show Figures 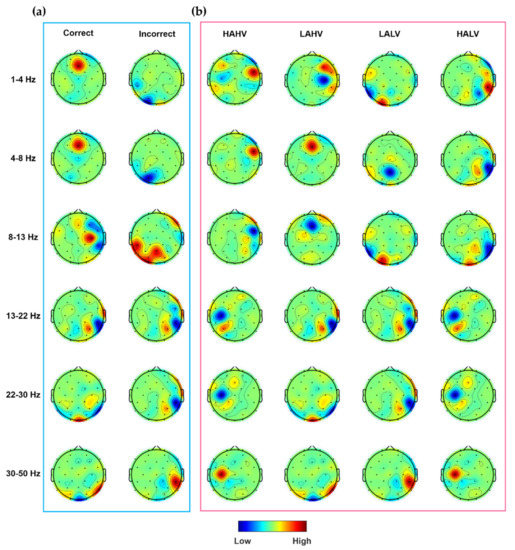