What is the Best Configuration of Wearable Sensors to Measure Spatiotemporal Gait Parameters in Children with Cerebral Palsy?
Previous Article in Special Issue

Multi-beam lidar (MBL) rangefinders are becoming increasingly compact, light, and accessible 3D sensors, but they offer limited vertical resolution and field of view. The addition of a degree-of-freedom to build a rotating multi-beam lidar (RMBL) has the potential to become a common solution for affordable rapid full-3D high resolution scans. However, the overlapping of multiple-beams caused by rotation yields scanning patterns that are more complex than in rotating single beam lidar (RSBL). In this paper, we propose a simulation-based methodology to analyze 3D scanning patterns which is applied to investigate the scan measurement distribution produced by the RMBL configuration. With this purpose, novel contributions include: (i) the adaption of a recent spherical reformulation of Ripley’s K function to assess 3D sensor data distribution on a hollow sphere simulation; (ii) a comparison, both qualitative and quantitative, between scan patterns produced by an ideal RMBL based on a Velodyne VLP-16 (Puck) and those of other 3D scan alternatives (i.e., rotating 2D lidar and MBL); and (iii) a new RMBL implementation consisting of a portable tilting platform for VLP-16 scanners, which is presented as a case study for measurement distribution analysis as well as for the discussion of actual scans from representative environments. Results indicate that despite the particular sampling patterns given by a RMBL, its homogeneity even improves that of an equivalent RSBL. View Full-Text
Keywords: 3D laser scanner; multi-beam lidar; spatial data analysis; tilting mechanism; 3D scan pattern analysis 3D laser scanner; multi-beam lidar; spatial data analysis; tilting mechanism; 3D scan pattern analysis
►▼ Show Figures 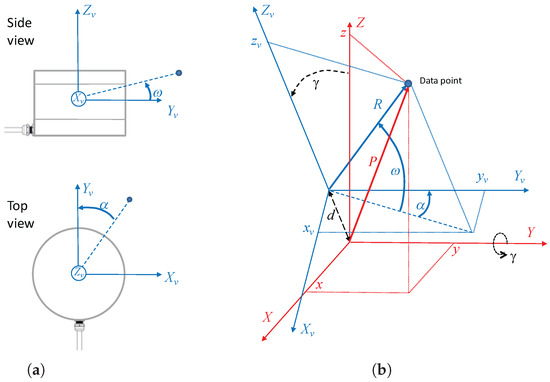