Interference alignment (IA) is a novel technique that can effectively eliminate the interference and approach the sum capacity of wireless sensor networks (WSNs) when the signal-to-noise ratio (SNR) is high, by casting the desired signal and interference into different signal subspaces. The traditional alternating minimization interference leakage (AMIL) algorithm for IA shows good performance in high SNR regimes, however, the complexity of the AMIL algorithm increases dramatically as the number of users and antennas increases, posing limits to its applications in the practical systems. In this paper, a novel IA algorithm, called directional quartic optimal (DQO) algorithm, is proposed to minimize the interference leakage with rapid convergence and low complexity. The properties of the AMIL algorithm are investigated, and it is discovered that the difference between the two consecutive iteration results of the AMIL algorithm will approximately point to the convergence solution when the precoding and decoding matrices obtained from the intermediate iterations are sufficiently close to their convergence values. Based on this important property, the proposed DQO algorithm employs the line search procedure so that it can converge to the destination directly. In addition, the optimal step size can be determined analytically by optimizing a quartic function. Numerical results show that the proposed DQO algorithm can suppress the interference leakage more rapidly than the traditional AMIL algorithm, and can achieve the same level of sum rate as that of AMIL algorithm with far less iterations and execution time. View Full-Text
Keywords: wireless sensor networks; multiple-input and multiple-output (MIMO); interference channel; interference alignment; line search; iterative algorithms wireless sensor networks; multiple-input and multiple-output (MIMO); interference channel; interference alignment; line search; iterative algorithms
►▼ Show Figures 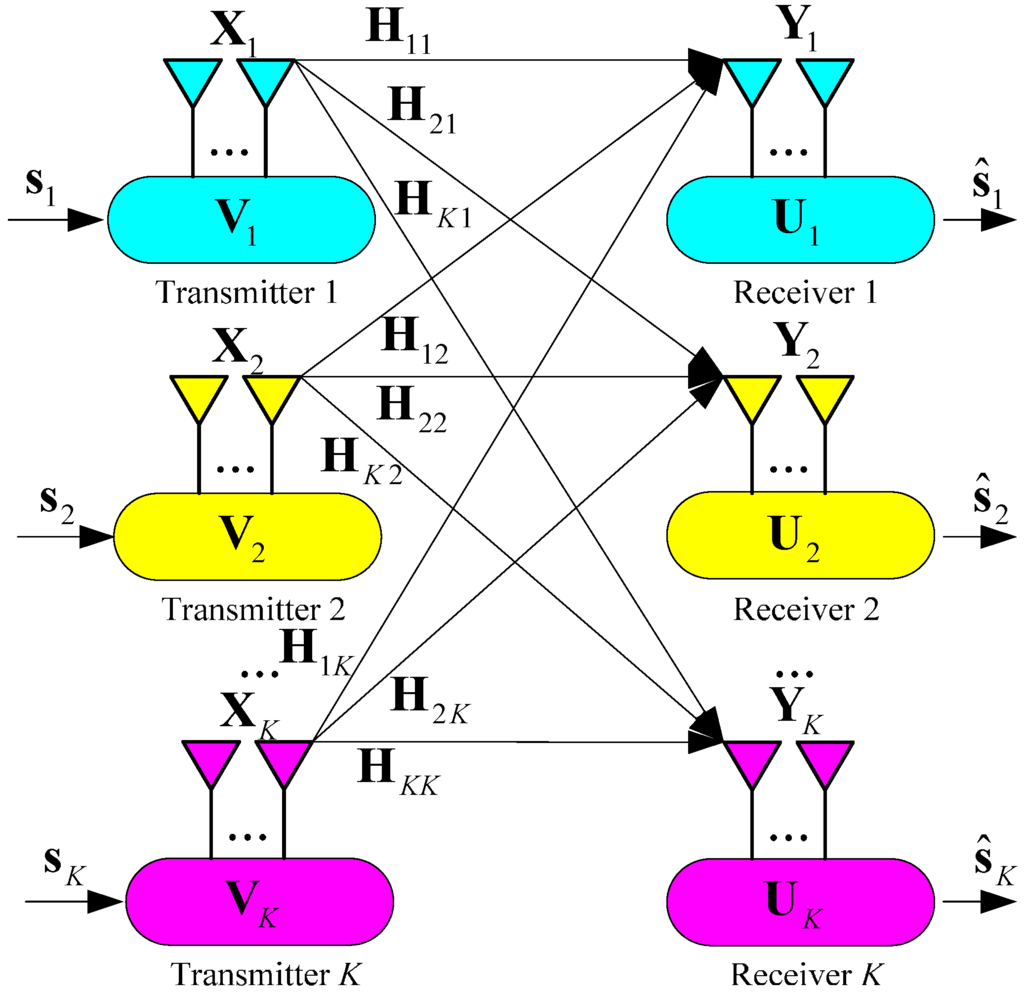