A clinical study carried out previously by our group has demonstrated that yogurt manufactured with a plant-derived lactic acid bacterium, Lactobacillus plantarum SN13T, significantly reduces the γ-glutamyl transpeptidase (γ-GTP) level as a liver-function parameter. In the present study, we show that with the oral administration of live SN13T cells, alcohol-poisoning symptoms in mice are improved, and the condition does not become fatal. However, prior to the simultaneous administration with ethanol, when the cells were heat-killed or sonicated, the improvement was not observed, and almost all of the mice died. In addition, the dysbiosis of the intestinal microbiota observed in the mice administered with ethanol was restored by simultaneous administration with live SN13T cells. Furthermore, by analyzing the metabolites detected in contents from the mouse cecum, it was demonstrated that the increase in nonvolatile putrefactive amines observed in the ethanol-administration group was reduced by simultaneous administration with live SN13T cells. Judging from these results, the lactic acid bacterial cells capable of reaching the living bowels prevent ethanol-induced poisoning and restore the intestinal microbiota. View Full-Text
Keywords: alcohol-poisoning symptoms; Lactobacillus plantarum; live lactic acid bacteria alcohol-poisoning symptoms; Lactobacillus plantarum; live lactic acid bacteria
►▼ Show Figures 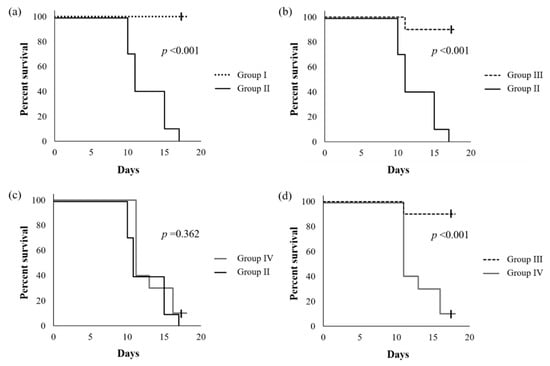