The evolution of regulations concerning biocidal products aimed towards an increased protection of the environment (e.g., EU Regulation No 528/2012) requires the development of new non-toxic anti-fouling (AF) systems. As the marine environment is an important source of inspiration, such AF systems inhibiting the adhesion of organisms without any toxicity could be based on molecules of natural origin. In this context, the antibiofilm potential of tropical microalgal extracts was investigated. The tropics are particularly interesting in terms of solar energy and temperatures which provide a wide marine diversity and a high production of microalgae. Twenty microalgal strains isolated from the Indian Ocean were studied. Their extracts were characterized in terms of global chemical composition by high resolution magic angle spinning (HR-MAS) and nuclear magnetic resonance (NMR) spectroscopy, toxicity against marine bacteria (viability and growth) and anti-adhesion effect. The different observations made by confocal laser scanning microscopy (CLSM) showed a significant activity of three extracts from Dinoflagellate strains against the settlement of selected marine bacteria without any toxicity at a concentration of 50 μg/mL. The Symbiodinium sp. (P-78) extract inhibited the adhesion of Bacillus sp. 4J6 (Atlantic Ocean), Shewanella sp. MVV1 (Indian Ocean) and Pseudoalteromonas lipolytica TC8 (Mediterranean Ocean) at 60, 76 and 52%, respectively. These results underlined the potential of using microalgal extracts to repel fouling organisms. View Full-Text
Keywords: tropical microalgae; antiadhesion activity; marine bacteria; dinoflagellates; Symbiodinium tropical microalgae; antiadhesion activity; marine bacteria; dinoflagellates; Symbiodinium
►▼ Show Figures 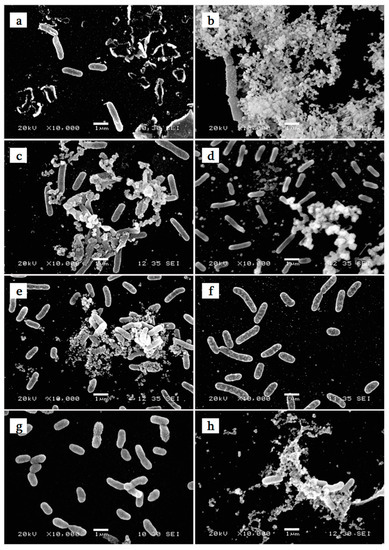