Type-2 diabetes mellitus (T2DM) is an endocrine disease related to impaired/absent insulin signaling. Dietary habits can either promote or mitigate the onset and severity of T2DM. Diets rich in fruits and vegetables have been correlated with a decreased incidence of T2DM, apparently due to their high polyphenol content. Polyphenols are compounds of plant origin with several documented bioactivities related to health promotion. The present review describes the antidiabetic effects of polyphenols, specifically related to the secretion and effects of insulin and glucagon-like peptide 1 (GLP1), an enteric hormone that stimulates postprandial insulin secretion. The evidence suggests that polyphenols from various sources stimulate L-cells to secrete GLP1, increase its half-life by inhibiting dipeptidyl peptidase-4 (DPP4), stimulate β-cells to secrete insulin and stimulate the peripheral response to insulin, increasing the overall effects of the GLP1-insulin axis. The glucose-lowering potential of polyphenols has been evidenced in various acute and chronic models of healthy and diabetic organisms. Some polyphenols appear to exert their effects similarly to pharmaceutical antidiabetics; thus, rigorous clinical trials are needed to fully validate this claim. The broad diversity of polyphenols has not allowed for entirely describing their mechanisms of action, but the evidence advocates for their regular consumption. View Full-Text
Keywords: beta cells; diabetes; insulin; DPP4 inhibition; GLP1; L cells; pancreas; polyphenols beta cells; diabetes; insulin; DPP4 inhibition; GLP1; L cells; pancreas; polyphenols
►▼ Show Figures 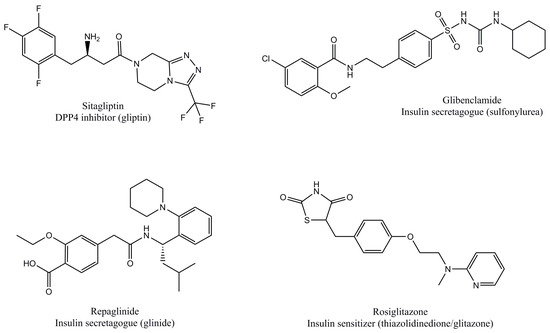