Many Activities, One Structure: Functional Plasticity of Ribozyme Folds

Could a Proto-Ribosome Emerge Spontaneously in the Prebiotic World?

An indispensable prerequisite for establishing a scenario of life emerging by natural processes is the requirement that the first simple proto-molecules could have had a realistic probability of self-assembly from random molecular polymers in the prebiotic world. The vestige of the proto-ribosome, which is believed to be still embedded in the contemporary ribosome, is used to assess the feasibility of such spontaneous emergence. Three concentric structural elements of different magnitudes, having a dimeric nature derived from the symmetrical region of the ribosomal large subunit, were suggested to constitute the vestige of the proto-ribosome. It is assumed to have materialized spontaneously in the prebiotic world, catalyzing non-coded peptide bond formation and simple elongation. Probabilistic and energetic considerations are applied in order to evaluate the suitability of the three contenders for being the initial proto-ribosome. The analysis points to the simplest proto-ribosome, comprised of a dimer of tRNA-like molecules presently embedded in the core of the symmetrical region, as the only one having a realistic statistical likelihood of spontaneous emergence from random RNA chains. Hence it offers a feasible starting point for a continuous evolutionary path from the prebiotic matter, through natural processes, into the intricate modern translation system. View Full-Text
Keywords: ribosome; proto-ribosome; ribosome symmetrical region; RNA world; origin of life ribosome; proto-ribosome; ribosome symmetrical region; RNA world; origin of life
►▼ Show Figures 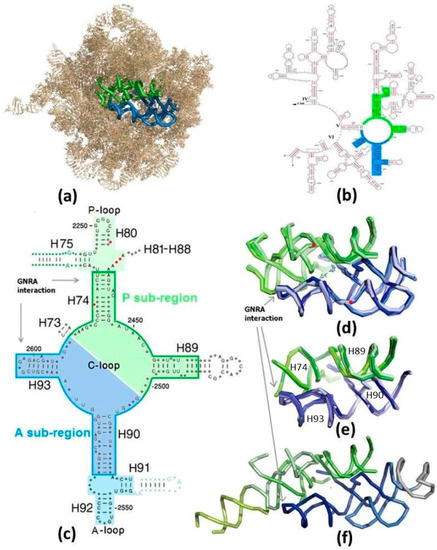