Networks used in biological applications at different scales (molecule, cell and population) are of different types: neuronal, genetic, and social, but they share the same dynamical concepts, in their continuous differential versions (e.g., non-linear Wilson-Cowan system) as well as in their discrete Boolean versions (e.g., non-linear Hopfield system); in both cases, the notion of interaction graph G(J) associated to its Jacobian matrix J, and also the concepts of frustrated nodes, positive or negative circuits of G(J), kinetic energy, entropy, attractors, structural stability, etc., are relevant and useful for studying the dynamics and the robustness of these systems. We will give some general results available for both continuous and discrete biological networks, and then study some specific applications of three new notions of entropy: (i) attractor entropy, (ii) isochronal entropy and (iii) entropy centrality; in three domains: a neural network involved in the memory evocation, a genetic network responsible of the iron control and a social network accounting for the obesity spread in high school environment. View Full-Text
Keywords: biological networks; dynamic entropy; isochronal entropy; attractor entropy; entropy centrality; robustness biological networks; dynamic entropy; isochronal entropy; attractor entropy; entropy centrality; robustness
►▼ Show Figures 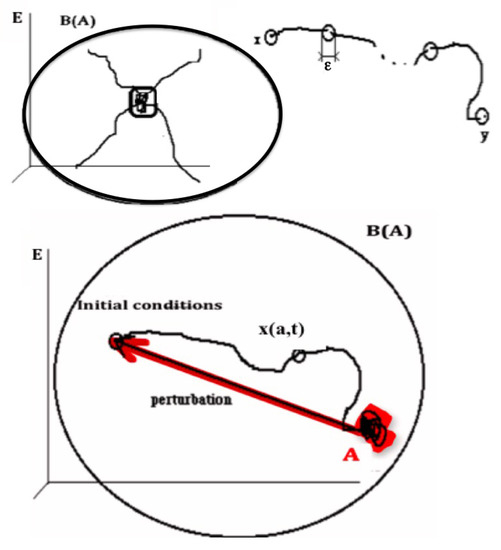